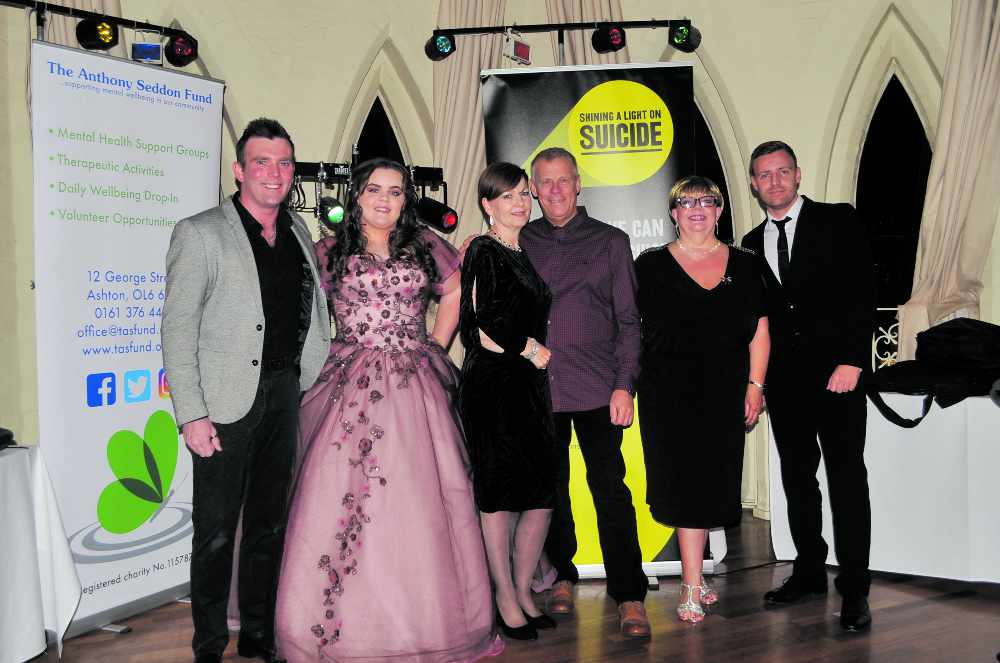 Glitz, sparkle, food and entertainment was the order of the day for the Ashton-based charity.

The Award winning Maddison Peacock, aged just 15, wowed guests with her amazing voice and really set the evening off.

Maddison has recorded her favourite songs to raise awareness and funds for the charity and her CDs are on sale priced just £5.

Matt Bailey, AKA Michael Bauble, and Sean Middleton, also helped to ensure the party was a night to remember.

Angie Wild, the charity’s community events development worker said the Winter Sparkle had proved a wonderful success, with the next fundraiser a ‘Winter Wonderland’ at the charity’s George Street centre on December 8.

RAISING FUNDS AND AWARENESS: Donna and Brian Thomas (centre) with Angie Wild and the entertainers who wowed the guests on the night.