A footballing trip down memory lane 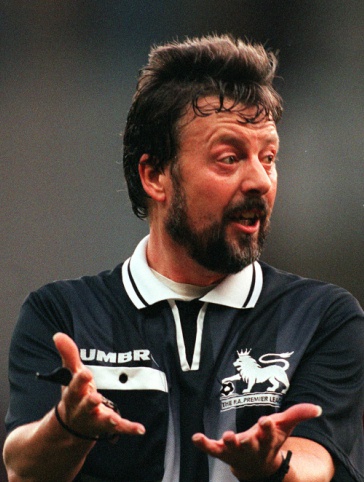 This year’s line-up is better than ever with George Oghani, Taffy Jones, Les Sutton, Mike Pavasovic and Roger Dilkes, who will all be entertaining with their stories of the past.

They are all familiar names in the world of local football. The format will see each giving mini presentations along with compere Roger Dilkes fielding questions for the guests.

Tickets, at £7 (including pie & peas supper) are available from organisers Brian Wild and Chris Smith. You can call 0161 308 2685 or emailing smithowls@gmail.com

“The evening is great fun and people in Tameside are very generous.”

He added: “Willow Wood Hospice needs urgent help to continue to develop high quality care for the people of Tameside and Glossop.”

• George Oghani: Arguably the greatest player ever to pull on a Hyde United shirt, George remains a firm favourite with the fans 40 years later and starred in the Tigers team that won the Cheshire League treble in 1981-2. He signed for Bolton Wanderers in 1983 and played for several other Football League clubs including Burnley.

• David “Taffy” Jones: The larger than life character and former goalkeeper who started out with Anson Villa and Mauldeth Rangers managed Curzon Ashton for two years and Mossley for one night. He was also assistant-boss at Winsford United and helped lead Droylsden to the NWCL second division title in 1987 and is currently chief scout at Radcliffe.

• Les Sutton: Best-known for the success he enjoyed in two spells as manager of Hyde United where his teams won eight trophies including the Cheshire League championship and the Cheshire Senior Cup. He started out at Manchester United in the 50s before making his name as an uncompromising defender at Stalybridge Celtic. Tells the odd tale.

• Mike Pavasovic: Mike never made the grade as a footballer - despite scoring twice in a 20-a-side game for 5th Dukinfield Cubs as a ten-year-old - so turned to journalism. He spent 12 years as sports editor for the old Ashton Reporter and ten as non-league football correspondent for BBC Radio Manchester. He now writes the Pav’s Patch blog.

• Roger Dilkes (pictured): The man who made it from Mill Lane, Hyde, to the Merseyside derby via Mossley. When Roger’s hopes of being a professional footballer with Huddersfield were dashed he took up the whistle. Officiated in the Premier League and old first division. One of the most respected referees of recent times.