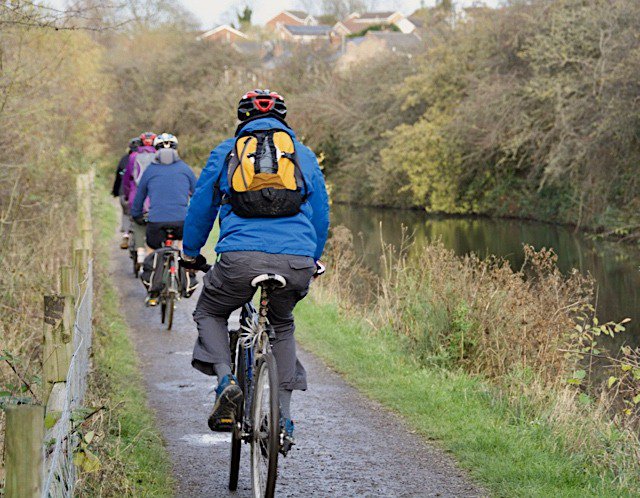 Children, out of work and middle-aged people with long term health conditions are the targets of a new health pilot aimed at making Tameside residents more physically active.

Members of the strategic commissioning board were told that a third of the people living in the borough aren’t active enough, but there are barriers preventing some residents from exercising.

Tameside and Glossop clinical commissioning group has now been allocated more than £767k from Sport England towards reducing inactivity in ‘under-represented groups’.

These are young people aged from five up to 18, and middle-aged people aged 40-60 who have or at risk of getting long term conditions, specifically cancer, heart disease or breathing disorders.

It also includes unemployed people, or residents who are at risk of becoming jobless.

One of the schemes that the town hall is proposing is a ‘bikes into work’ project for people who are out of work, and for whom paying for public transport or a car is stopping them accessing job opportunities.

Bikes will be purchased new, or obtained through the Transport for Greater Manchester and the police ‘reclaimed bikes’ scheme.

However access to a bike would not be conditional on getting a job.

Jeanelle de Gruchy, director of population health, said: “Clearly the issue we face is that people aren’t physically active enough and about a third of our population are physically inactive or aren’t doing enough to benefit their health.

“So I think this money is great because we can really boost our efforts in terms of engaging with lots of people who have barriers which means it’s difficult to be physically active for a whole host of reasons.”

Of the total cash pot, £200k is to be awarded directly to Action Together from Greater Sport which will be distributed in communities.

Another £96k of the funding will be awarded directly to High Peak Borough Council for delivery of Glossop programmes.

The cabinet also agreed to distribute £120k to Active Tameside, and to allocate £351,931 to Tameside council.

Councillor Eleanor Wills, portfolio holder for population health said it was ‘good news’ for the borough, which had been successful through a ‘gruelling’ application process.

“Some great work has gone into that and we are very fortunate to have been allocated that money and some good work will come from it,” she said.

Committee chair, Dr Ashwin Ramanchandra added: “This aligns with our work on improving population health and changing the health and the attitudes towards physical activity which hopefully would have a positive impact.”