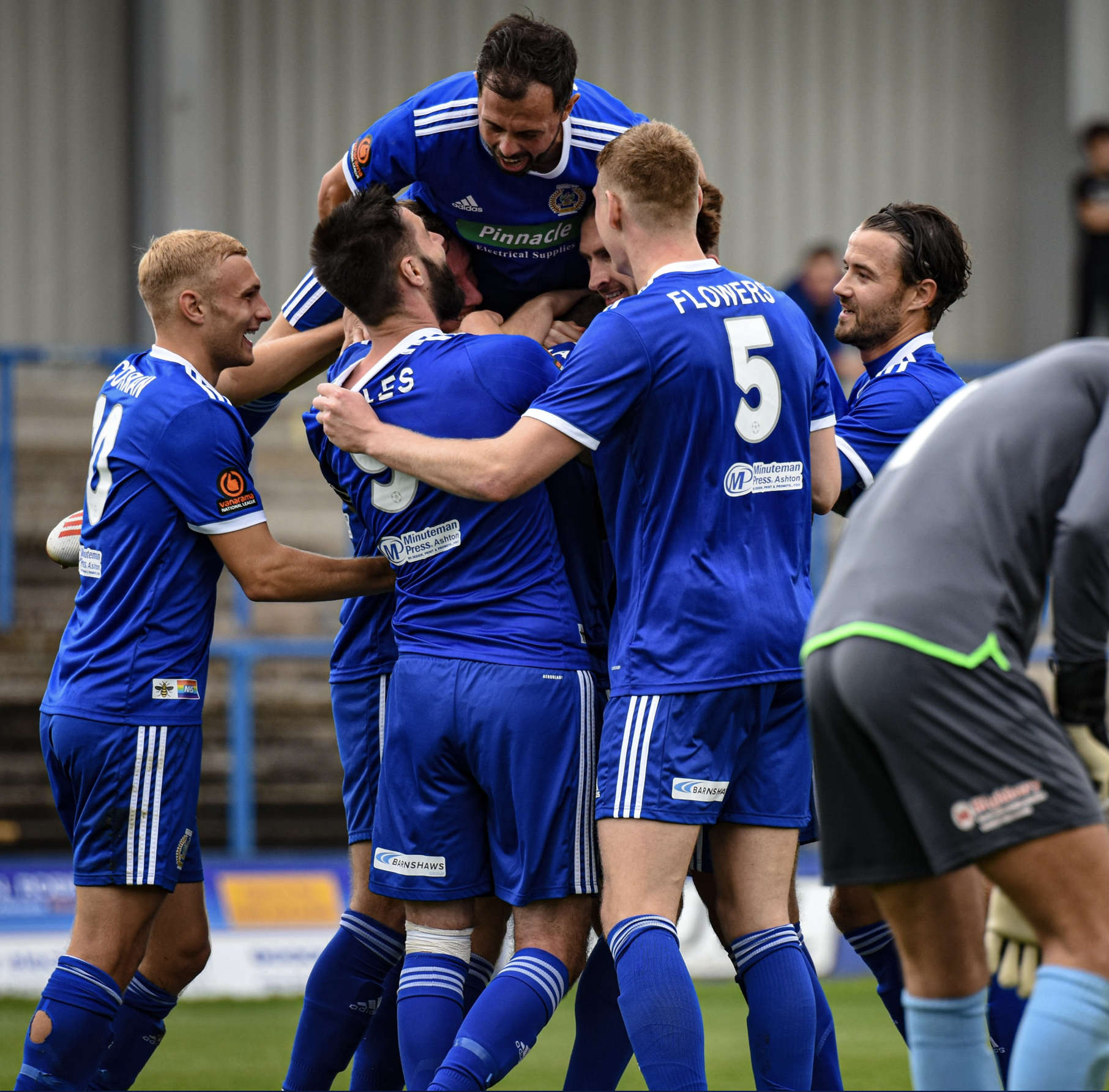 Our sides were back in action on Saturday and endured mixed fortunes.

In the National League North Curzon Ashton continued their fine form under manager Steve Cunningham and beat Bradford Park Avenue 2-1 at the Tameside Stadium. Marcus Poscha put Curzon ahead in the 12th minute, before the visitors equalised in the 34th minute. However, Jack Mckay headed home in the 59th minute to secure the three points for the Nash. The result leaves Cunningham's side third in the table and three points below AFC Fylde in first place.

In the NPL Premier Division, Ashton United fell to a 3-2 defeat at Lancaster City. It looked as if the Robins were destined for a draw thanks to two goals from Nathan Ntalu, however an 84th minute effort courtesy of Thomas Kilfin gave the hosts the win.

Elsewhere, it was a great afternoon for Stalybridge Celtic as Simon Haworth' side romped to a 5-2 win over FC United of Manchester. Brad Holmes scored both goals for the Rebels, however it mattered little as Celtic were far too strong on the afternoon and cruised to victory courtesy of goals from Marcus Dackers brace, and solo efforts from Jay Fitzmartin, Justin Johnson, and Sam Wedgbury.

It wasn't such a great afternoon for Hyde United, as the Tigers returned from Whitby Town empty handed after a 1-0 defeat. Liam Cooke's goal in the 39th minute was the difference on the afternoon.

In the NPL West, Mossley maintained their title ambitions with an emphatic 7-1 win at Market Drayton Town. It was a day to remember for Mason Fawnes who bagged a hat-trick on the afternoon. Other goals came from Harry Pratt, Levi Phillips, Will Shepherd and Kane Hickman.

Glossop were dealt another blow, this time with a 2-0 defeat at Colne. Old Roberts scored both for the hosts.