WATCH: Howzat for an opening day to the cricket season? 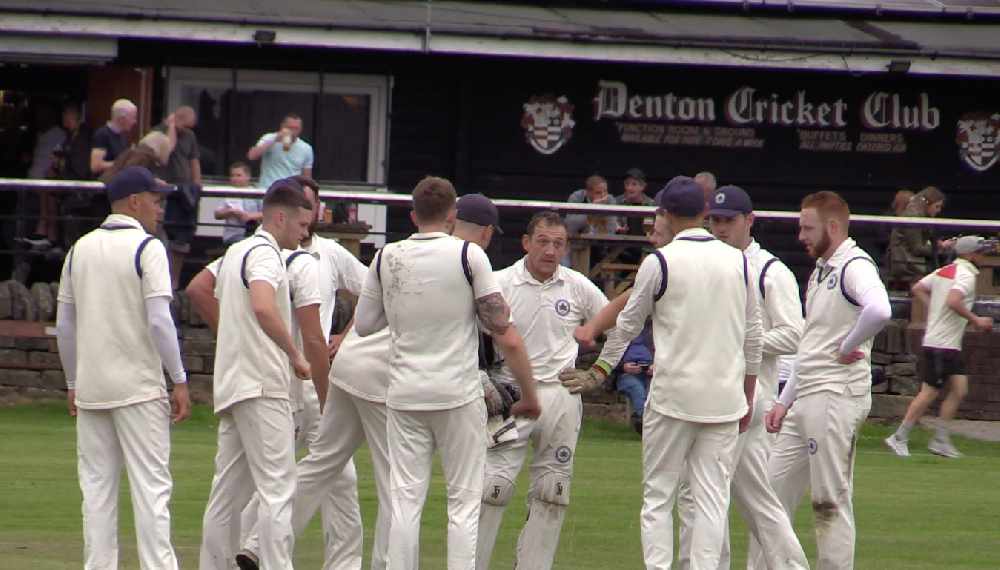 After a delayed start due to the coronavirus outbreak, the local cricket seasons got underway last weekend.

The Greater Manchester Cricket League has been structured into mini-leagues of six teams, with travel minimised, leaving local games in a 10 game programe, which will see cricket until late September. There were some outstanding performances, and locally there were centuries for Matt Sonczak, (Denton SL); Jonny Forrester, (Micklehurst); Daniel Mulkeen, (Springhead); Imran Khan, (Moorside), and, leading the way, was Ben Holt, (Heyside), who piled up an impressive 156.  With the ball there were 5 wicket hauls for Liam Doyle, (Hadfield), Ahasan Shahzad, (Ashton), and Hamza Hussain, (Oldham).  Both Mottram and Hadfield, who have moved from the DCCL, had a winning start in the GMCL.

The Denton derby started sensationally, with Denton SL falling to 4-2 after 10 balls.  That was the last success for the Egerton Street club, as a magnificent unbroken partnership of 180 between Adam Hawley, (60*), and Matt Sonczak, (102*),  set Denton 185 for the win.  They were never in it though, falling to 10-5, before Sonczak rounded off an outstanding day, taking 4-5, as the home club fell for 45.

Woodhouses got off to a winning start after posting 208-7 at Denton West., (Hashan Gunathilaka 64).  It proved too many for West, despite 42 from Aaqib Uppal, as Josh Butler pegged them back, taking 4-48.

It was a winning start in the GMCL for both Mottram and Hadfield.  At Rayner Lane, in a low scoring game, Hadfield must have feared the worst after struggling to 73ao, (Ahasan Shahzd 5-15).  Two wickets from the first two balls of the innings for Liam Doyle, (who finished with 5-11), blew Ashton away and they were humbled, falling to 40ao.  Mottram took on Werneth, and were indebted to Oliver Andrew, (60), after they fell to 12-3.  A final total of 160-9 was too many for Werneth, who reached 91ao, with Daniel Brightmore, (5-14), starring with the ball.  At Higher King Street, Droylsden managed a moderate 124-8, which was no problem for Dukinfield as an unbroken 3rd partnership of 101, (Jake Fenton 56*), took them home by 8 wickets

It was a great start for Micklehurst skipper, Jonny Forrester, as he hit a fine century, (finishing with 125), as the Richmond Hill Club piled up 248-5.  Saddleworth put up a decent effort in reply, with half centuries for Steve Howard and Muhammed Faisal, but the task was too much and Micklehurst won by 41 runs

In a real local derby at Austerlands, Springhead were indebted to Daniel Mulkeen, (104), for their total of 205ao.  That was 58 too many for the hosts, despite a half century from Andy Young.

Hamza Hussain took 5-8, (and then hit an unbeaten 43*), as Uppermill were dimissed for 78 against Oldham, who strolled home by 7 wickets.

The start performance came from Ben Holt, who hammered 156, (including 14 maximums), as Heyside reached a mammoth 373-4 against Royton.  He was assisted in an opening stand of 192 by Jack Avery, (75).  Royton were under the cosh from the start of their reply, and limped to 73ao, and defeat by 300 runs. , Moorside trounced Greenfield, after reaching an imposing 246ao. Imran Khan, (104) starred with the bat, despite 4-41 from Andrew Cadd.  The Greenfield reply never threated Moorside, as the wickets aere shared around a 5 man attack, which dismissed the home side for 80, leaving Moorside winners by 166 runs. In a low scoring game at Shaw the home side fell 11 short of Glodwick’s 122ao, (Farukh Shaghir 54, Daniel Poole 5-28).

Ashton Ladysmith fell to defeat at the hands of Friends Sporting, whilst Blackley won a thriller, with 9 balls to spare, against Failsworth Macedonia.  Blackley were chasing 244 for the win, and fell to 7-4, before Darren Brown, (53), and Fraaz Ahmed, (90), gave them the platform for the win. Newton Heath were no match for Friends United and went down by 105 runs chasing the visitors 165.