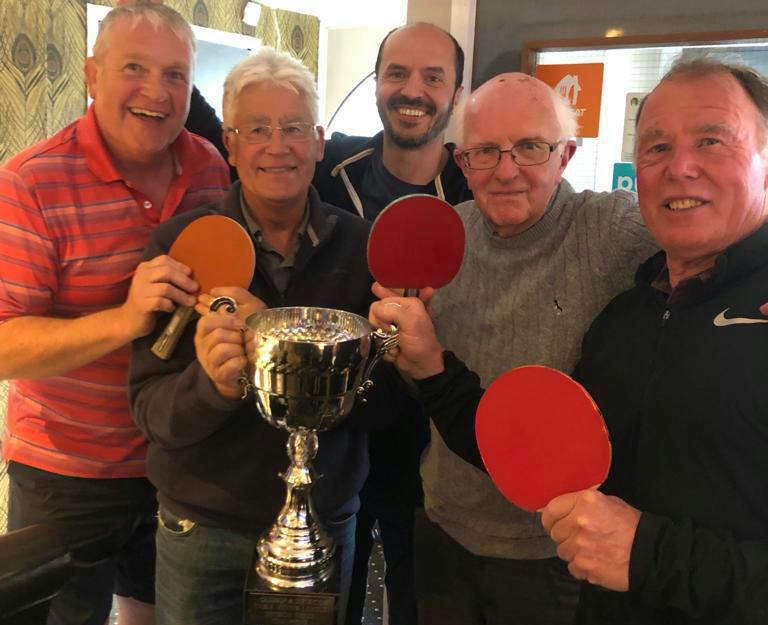 A 13-year wait to claim silverware finally came to an end for a local table tennis team.

Hollingworth Veterans, who play in the Glossop and District Table Tennis League, claimed the Division Three title and will now be readying themselves for the tough challenge of facing opponents in Division Two next season.

The team, which was formed in 2009, has finished in mid-table obscurity for the past 13 years but, following a string of impressive performances over the past few months, now have a piece of silverware to reflect their efforts.