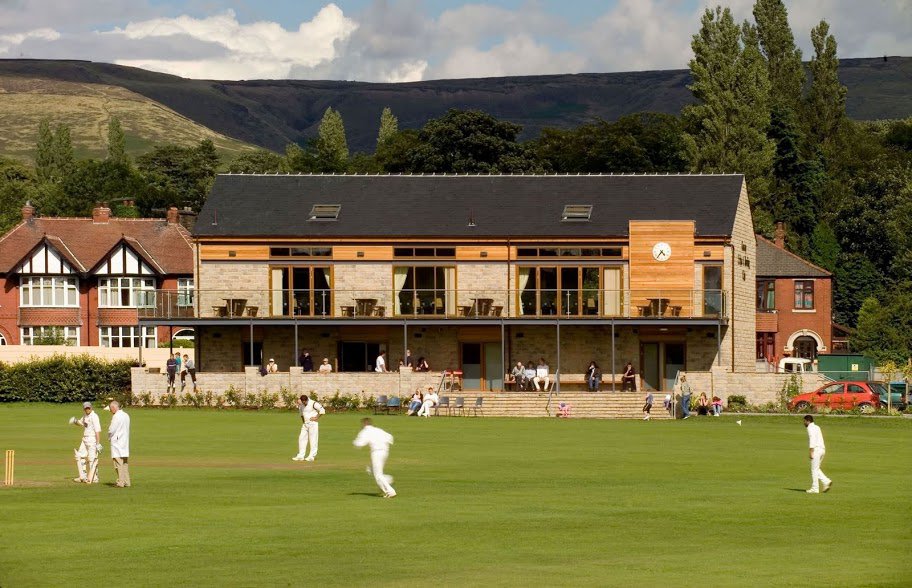 Glossop produced an assured performance to beat Uppermill by six wickets and confirm their GMCL Premier 2 status for 2020.

Knowing that a win would secure a place in the higher division, Glossop were asked to bowl first by Uppermill.

It was the hosts who made the better start thanks to some positive batting from Mark Lees, reaching 60-2 after 17 overs, despite relatively early wickets for Rob Adderley and Alex Coates.

As they have so often this season, though, Glossop turned the screw and their opposition collapsed, this time from 60-2 to 75ao in a disastrous 14 over period for Uppermill.

Adderley (2-22) claimed his second of the afternoon, Will Hargreaves (3-10) continued his excellent late season form and Coates (4-5) returned remarkable figures, including the key wicket of Lees for a well-made 41.

Chasing 76 for victory, Glossop stumbled a little early on losing both Dan Eyre (15) and Oliver Kenyon (9) to Isaac Lowe and David Roberts respectively.

Cameron Ball arrived at the crease and immediately took advantage of some loose bowling, smashing 21 off just nine balls before he was bowled by Lees, Glossop 55-3 from nine overs.

There was still time for Joe Moss (9) to be dismissed in the same fashion, Lees with 2-9 to add to his earlier 41, but Alex Browne’s 16* ensured Glossop claimed the all-important five points and a place in the GMCL’s second tier.

In other news at North Road, the u13s are celebrating after winning the GMCL Plate Final, while the second XI finished their season with victory over Micklehurst.