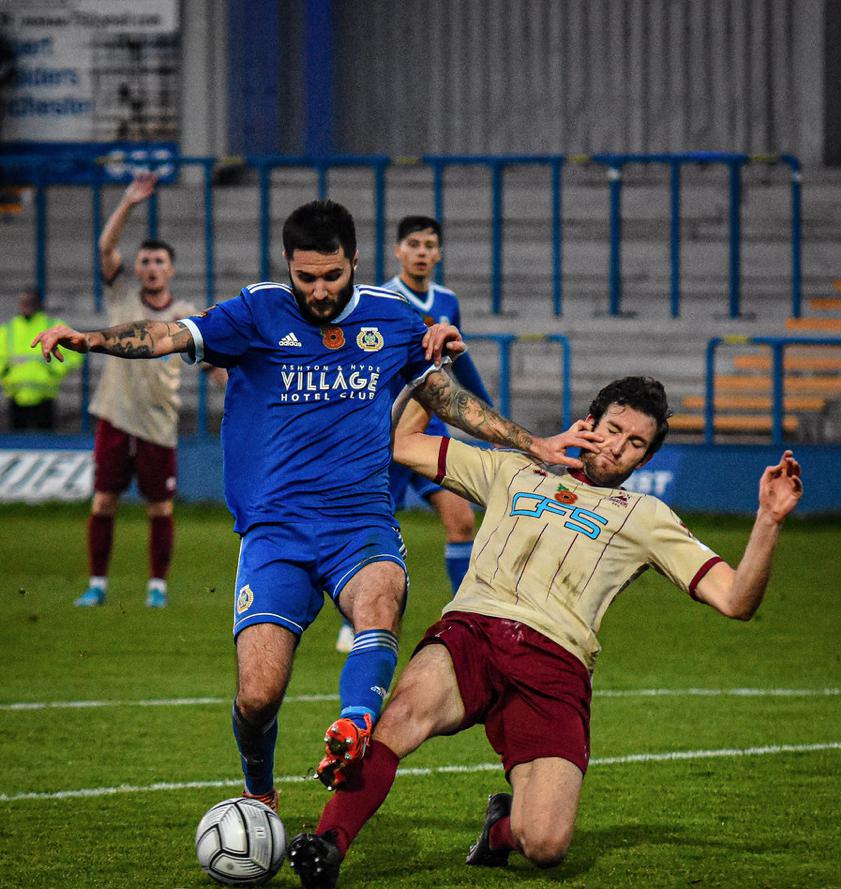 Curzon Ashton fell to a disappointing 3-0 loss at the Tameside Stadium with visitors Blyth Spartans coming out on top in Greater Manchester, despite a brave performance by Steve Cunningham’s men.

Goals from Kris Thackery and a brace from Paul Blackett were enough to secure three points for The Spartans who returned to Northumberland the happier squad.

Curzon started the game well and looked for that early goal via a chance from Noah Stokes. The free-kick found its way to Knowles at the back post and he chested it down down before shooting narrowly wide.

In a game of mixed halves, Blyth earned their first goal of the game through Kris Thackray who did well to head the ball downwards at the back post. The ball in was just enough for the full-back to slip the ball past Mason and into the back of the net on 35 minutes.

The Nash looked to have the ball in the back of the net just a few minutes later as Dale Whitham headed downwards and into the roof of the goal. However the goal was disallowed on 43 minutes following a suspected push on a Blyth defender.

It was this that led to The Spartans doubling their lead through Paul Blackett who slotted the ball past Mason just seconds later. Blyth’s number nine took advantage of the counter attack as his right-footed effort slid under Mason.

The Nash started the second-half well who looked for an immediate response. Connor Hughes headed over just yards away from goal after a good ball in from the right.

Whitham once again looked to pose an attacking threat 53 minutes in as his header across goal looked to be cleared off the line from Thackray.

A chance from Matty Waters once again dropped to the full-back with his left-footed strike forcing a save from the Blyth ‘keeper. Alex Curran was then introduced to the helm in an effort to claw one back into the game.

Blyth wanted a response to a poor opening and did so well with a chance through Priestley Griffiths who struck the outside of the post following a good flick from Blackett.

The Spartans soon got their third through Blackett once again with just 15 minutes left to play. The forward managed to take advantage of a mistake at the back as he slotted the ball into the back of the net.

Substitute Jude Oyibo looked to cause havoc in front of the Blyth goal and nearly saw his first goal of the season. Following a good run, Oyibo’s left footed effort managed to beat the ‘keeper but was denied by the post with just a few minutes remaining.

Despite the loss, The Nash put up a good fight against a difficult opposition in Blyth.

On Tuesday night, Curzon made the trip to Gateshead.