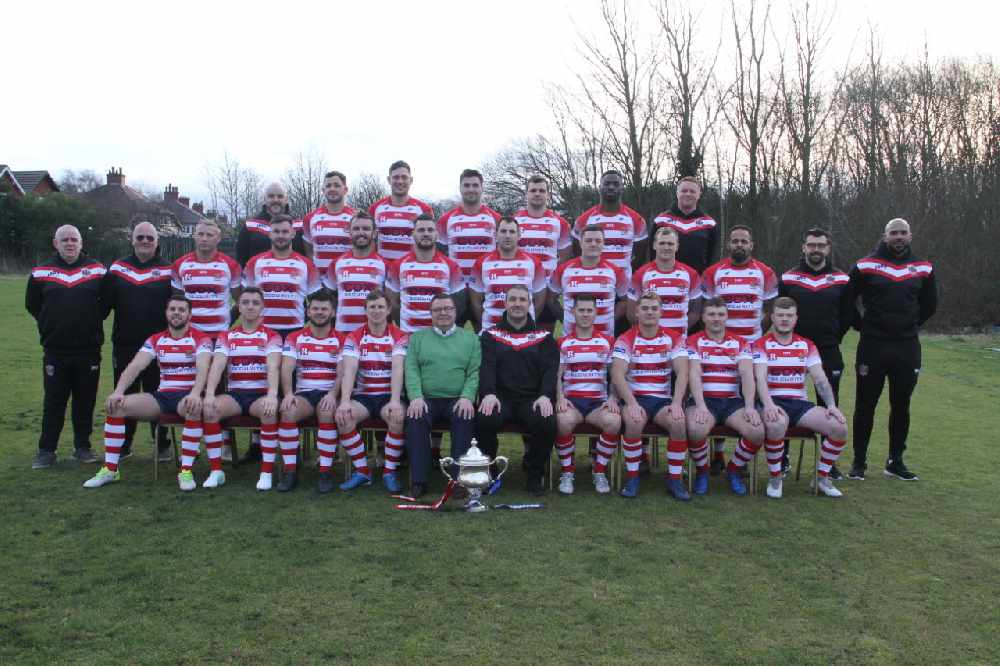 A scintillating display of attacking play proved too good for Oldham on Saturday evening as Matt Diskin’s side were soundly beaten 58-6 by in-form Toulouse Olympique.

Despite the best efforts of the men in red and white hoops, backed-up by a band of hardy Roughyed supporters who didn’t stop singing all night, eleven French tries against a solitary effort from Oldham’s Matty Fletcher tells its own story.

The Stade Ernest-Wallon, home of successful Rugby Union club Stade Toulousain, is the new home for Sylvain Houles promotion chasing side and they took full advantage of the stadium’s new hybrid surface.

Bastien Ader opened the scoring in the 11th minute following the first penalty in the match and from that point the home side were always in control. Further ties from James Bell and Paul Macron gave Olympique an 18-0 half-time lead.

The second-half resumed in much the same vein as the first with Toulouse doubling their score to 36 before Fletcher crashed over in the 65th minute to put points on the board for the visitors.

Any Oldham thoughts of a come-back were quashed in the final quarter as Toulouse ran-in four further tries to complete the scoring and leave Roughyed fans and players reflecting on a heavy defeat.

Following the defeat, Oldham chairman Chris Hamilton praised the fans who had made the long journey in tough conditions. A statement on the club’s twitter page said: “Thank you to all the Roughyeds  fans who made the trip to Toulouse to back their team. Much appreciated. The official party has just got back after leaving Toulouse at 9am UK time. Some fans not made it due to their flights being cancelled due to storm Ciara”

Elsewhere in the Championship at the weekend, London Broncos and Widnes Vikings made it back-to-back wins to keep the pace with  Toulouse Olympique and Leigh Centurions.

The Broncos beat Whitehaven 36-20, whilst Widnes beat Batley 32-12 at the Halton Stadium.

Leigh ran riot and beat Sheffield Eagles 58-10. The rest of the fixtures were postponed due to Storm Ciara.

In other news at Bower Fold, Oldham have been drawn away to Widnes in the Challenge Cup fourth round. The fourth round ties are scheduled to be played on the weekend of 22 and 23 February.

It will be the second time in a matter of three weeks that the sides have met, having already faced off on the opening day on Sunday, February 1. Widnes ran out 36-6 winners.