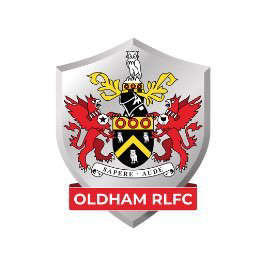 Business man John Roddy, a man steeped in Rugby League, has stepped up his involvement in Oldham RLFC and is now working side by side with chairman Chris Hamilton in his new role as Roughyeds' vice-chairman.

Aged 62, John is managing director and chief executive of the huge, £10M CDX Security operation which has been the Oldham club's main sponsor for the last two years.

Based in Warrington, CDX provides a wide range of market-leading security services and solutions to clients across the UK.

One of John's specific roles will be that of engagement with supporters and this former chairman of Leigh Centurions and of Swinton Lions will front a fans' forum in the next two or three weeks.

In breaking news of the appointment of the club's new vice-chairman, Chris said: "I'm delighted to welcome John's additional support. He's been a big supporter of the club for the past two years. He's also been a friend for a number of years.

"He has experience of working at other clubs and he understands the challenges that lie ahead for a club like Oldham.

"I look forward to working with him on a more formal basis."

In 2014, he was awarded the Freedom of the City of London for services to the Private Security Industry.

He said: "I'll be heavily involved in supporter engagement and with Chris (Hamilton ), Stuart (Littler) and Brendan (Sheridan) we'll be establishing a strategy to enhance performance on the field and to identify pathways to success and eventual promotion back to the Championship.

"I've been connected with the club for the past two years, principally as main sponsors, but in any other way I could help too.

"The club has improved its financial position in the last two years, but we now have to deal with projected funding cuts and come up with strategies that will enable us to compete and at the same time take the club forward."

"During the past few years, I have focused my support to Rugby League on various sponsorships within the amateur leagues, League One, Championship and Super League.

"This has provided me with a deep understanding of behind-the-scenes issues and how clubs within those leagues have managed within a Covid environment.

"We now have the uncertainty surrounding funding, both now and in the future. I applaud every one of those clubs  for their hard work and determination.

"I had talks with the RFL a few months ago to see if my company could support Rugby League in other ways, but in recent weeks it has been clear that support and finance will be desperately needed by League One clubs in 2022.

"I have sponsored Oldham RLFC for the past two years and it was a pleasure to shake hands with Chairman Chris Hamilton when we agreed to join forces and to work closely together.

"I felt it was time to step up and support the club more, while assisting its capabilities during the next few years.

"It is also great to be working with new coach Stuart Littler again. I think he will be bringing very attractive rugby to the club and, after listening to his enthusiasm and passion to succeed, I am confident that with support from the club our 2022 team will do very well for him.

"We plan a fans forum very quickly and I look forward to meeting supporters and volunteers to discuss their issues and their visions for the club.

"We'll also highlight new initiatives to engage the community and to try and get back lots of former fans."