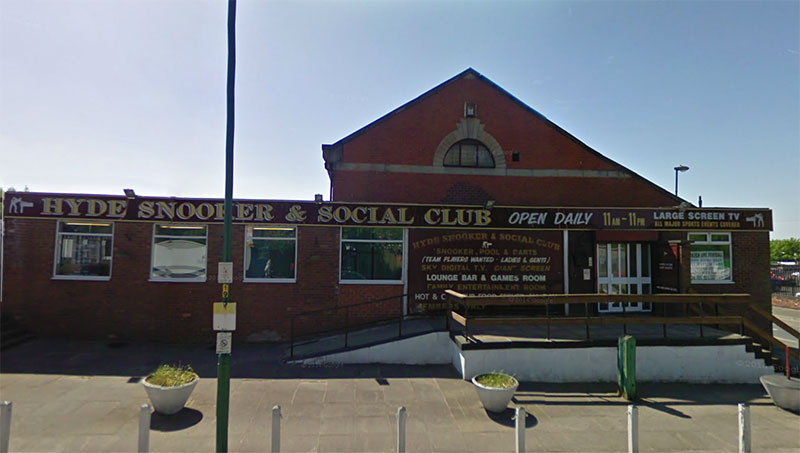 Here's what's happened in the opening few weeks in the Stalybridge Snooker League.

Hyde Snooker have also moved to Hyde Conservative Club and there are three new venues this season in the Hyde and Denton areas.

There are also seven teams so one week in seven each team will have no match and the first matches will be played on 3rd October.

Week one matches saw Denton CC at home to HCC, St Peters at home to another new team, and Hyde Club and Mossley A played Mossley B.

Week two matches saw Staly Labour play their first of the season, at home to St Peters, and Mossley A travelled to Denton CC, while Hyde Club played at Hyde CC. Mossley B had a free week. There were wins at snooker for Hyde CC, Mossley A and St Peters and for Denton CC and Hyde Club at whist. These results meant that after two weeks Hyde CC were top of the Snooker League, with Mossley A and St Peters joint-second and Denton CC were top of the Whist League.

These results mean the league leaders in the Snooker League were Hyde CC with 10 points and Denton CC and Mossley B are joint-leaders in the Whist League with four points. Both very close at this early stage.

Week four matches saw Hyde Club entertain Mossley A, Staly Labour play Denton CC and Mossley B play Hyde CC. In the snooker there were 4-1 wins for Mossley A and Staly Labour, while Hyde CC won 3-1. In the whist there was a win for Mossley A.

Week five saw Hyde CC play Staly Labour, St Peters entertain Denton CC and Hyde Club play Mossley B. There were 3-2 wins for Mossley B and Denton CC, while Hyde CC recorded a 5-0 victory in the snooker and wins for Hyde Club and Denton CC in the whist.

This week's results mean that Hyde CC currently lead the Snooker League with 18 points from five games and in the Whist League, Mossley B and Denton CC are joint top with six points.