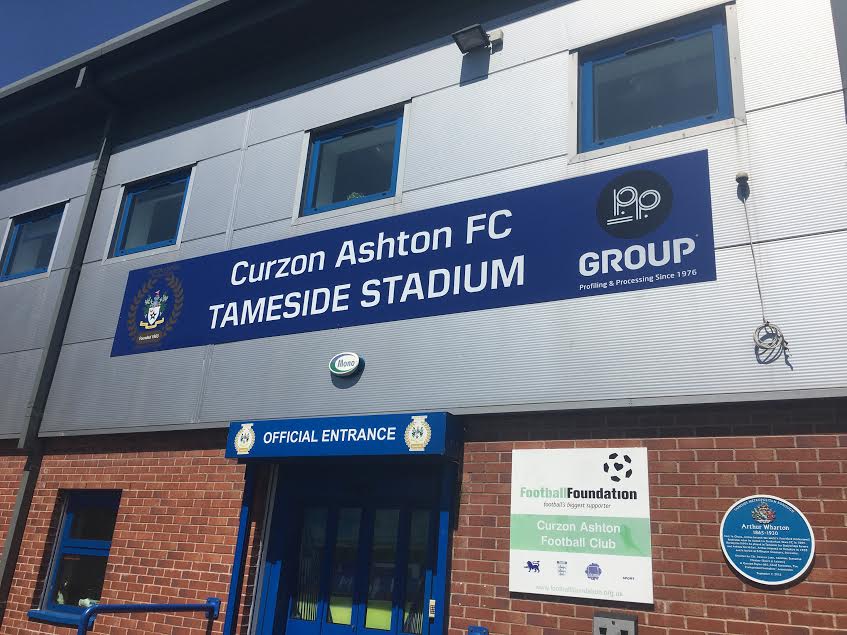 Curzon Ashton Football Club will be able to make plans for the new National League North campaign following the release of its provisional schedule.

The Nash will travel to Chester for what should be a tough test on the opening day of the season, on Saturday 14 August.

Steven Cunningham's side will then welcome Guiseley FC to the Tameside Stadium the following weekend for their first home match of the campaign.

There will be a double header against Southport FC to look forward to over the festive period - at home first on Boxing Day and then a trip to Haig Avenue on 2 January.

April promises to be a challenging and potentially defining period with six games pencilled in - four of which will be on home soil.

Curzon will end the season at home to Kettering Town on 7 May 2022.

The Nash have already planned a host of pre-season friendlies as part of their preparations - with Salford City, Stockport County and Altrincham among the opponents.

The last two seasons have been ended prematurely due to the coronavirus pandemic. The 2020/21 campaign for North and South clubs was declared null and void back in February, while the National League carried on playing to complete the season.

As a result, no teams were promoted or relegated into the National League North.

There are 22 teams in the division. The champions will be promoted straight to the National League, while the teams who finish second and third will qualify for the play-off semi-finals and those which finish fourth to seventh will go into the quarter-finals. Meanwhile, the bottom two will be relegated to the Northern Premier League.

The fixtures were officially released at 1pm on Wednesday afternoon (7 July).