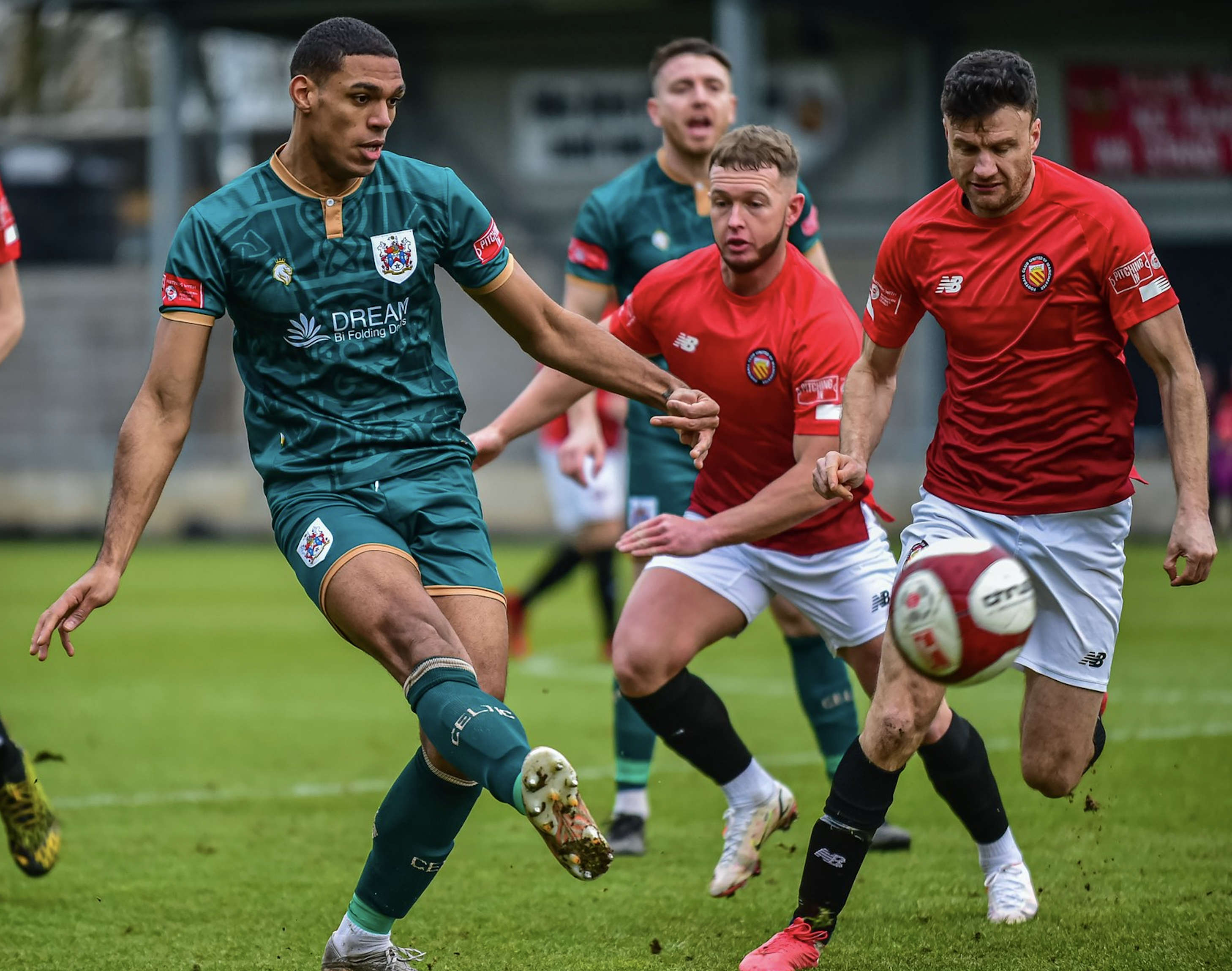 Celtic fell to a narrow 2-1 defeat away at FC United of Manchester with a late fightback not enough for Celtic.

Goals from Ewan Bange and Paul Ennis saw the hosts create a two goal lead before Raul Correia pulled a goal back in added time.

The hosts started the game strongly with Adam Dodd striking the woodwork with a header after seven minutes.

Regan Linney and Paul Ennis both tested Celtic keeper Liam Hughes with efforts from outside the area before debutant Bange headed his side infront after being picked out by Linney who crossed from the left. The tall forward sent a powerful header past Hughes on 18 minutes.

Celtic captain Scott Bakkor saw a strike from just outside of the area travel narrowly over the crossbar and Shane Killock met an Ash Smith-Brown corner just before the interval but he headed just wide of the goal.

10 minutes after the break, the home side were gifted the chance to double their lead. Connor O’Grady appeared to slip and touch the ball when on the ground and the referee pointed to the spot. Ennis converted to put the hosts two goals up after 54 minutes.

Celtic introduced Ntumba Massanka and Callum Harris in search of a goal and had a few efforts at goal with the home side not looking too comfortable even though they had a two goal advantage. O’Grady, Bakkor, Massanka and Smith-Brown all had shots saved by Dan Lavercombe but didn’t trouble FC United’s keeper too much until the last 10 minutes.

With eight minutes to go, Massanka was picked out in behind FC United’s defence, the angle started to narrow but he fired a shot goal wards that was parried by Lavercombe.

In the final 60 seconds of normal time, Charley Doyle and Harris both had shots from inside the penalty area beaten away by Lavercombe before Celtic did grab a goal in the 91st minute through Raul Correia.

A cross from the left was turned in at the near post by Correia who scored his fourth goal in four games for Celtic.

Ultimately it wasn’t enough as the hosts hung on to claim a deserved 2-1 victory.