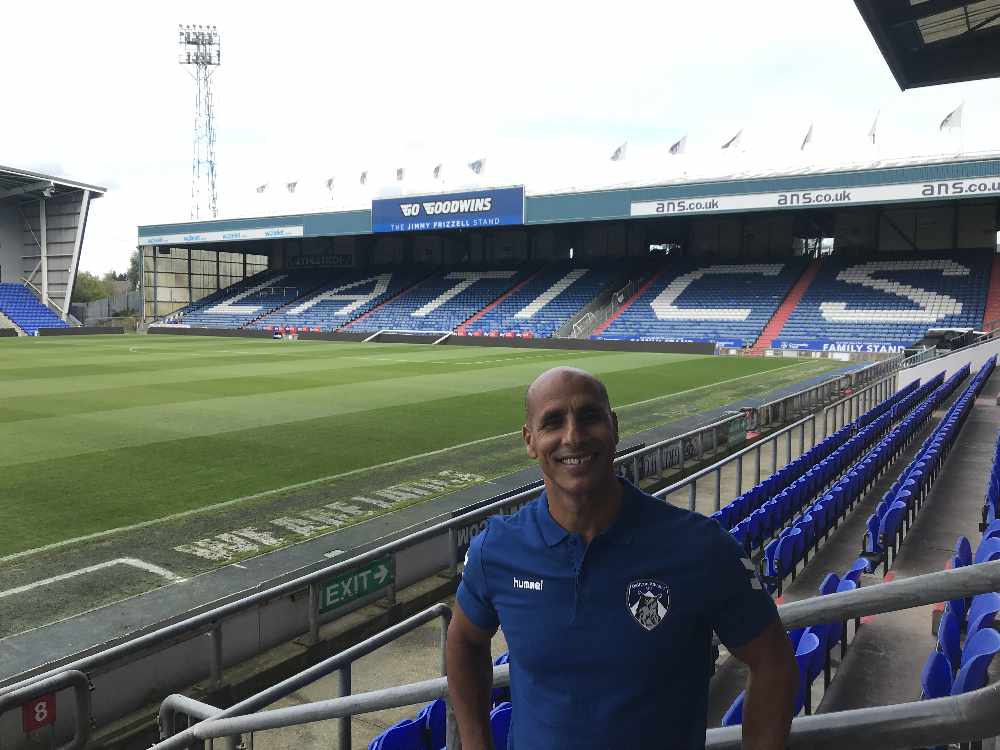 Oldham Athletic travel to Carlisle United on Saturday as they aim to pick up another win under new manager Dino Maamria.

Maamria made a great start as Head Coach as Oldham beat Morecambe 3-1 on Saturday to record a first league win of the season at Boundary Park. Goals from Mohammed Maouche, Desire Segbe Azankpo and Jonny Smith secured the three points for Oldham.

The new head coach was clearly delighted as he stated after the win, "My first thought is what a performance from the players, the fans and I thought it was a fantastic day for Oldham." He said.

“We won a game, it's a long journey yet but it's a great start and I think that the most important thing is that you see the reaction of the fans.

"We need those fans back here and I thought that those fans that turned up saw a very good team going forward, on the front foot and pressing from the front, it was an outstanding performance."

Although it is a long trip for The Latics it may be one that has come at the right time as confidence will be high and Carlisle also find themselves towards the bottom of the table. Their last outing in the league was a 3-1 defeat away at Bradford City. Oldham will have to be wary of Carlisle ace Harry McKirdy who has scored four goals and assisted three times so far this season.

“We take it one game at a time, I've been at this level long enough to know that if you turn up and do what you're supposed to do then you win games.” He commented.

“We've got to put our foot on the gas and accelerate, moving forward and have a process on where we improve in certain areas.

“I think the results will look after themselves if we do certain things right.

“I think scorelines sometimes masked a lot of the faults, I look deeper than that and look at the performance first and foremost.

“It's about looking at things with and without the ball and if we do that then we'll be in a great position at the end of the season.”