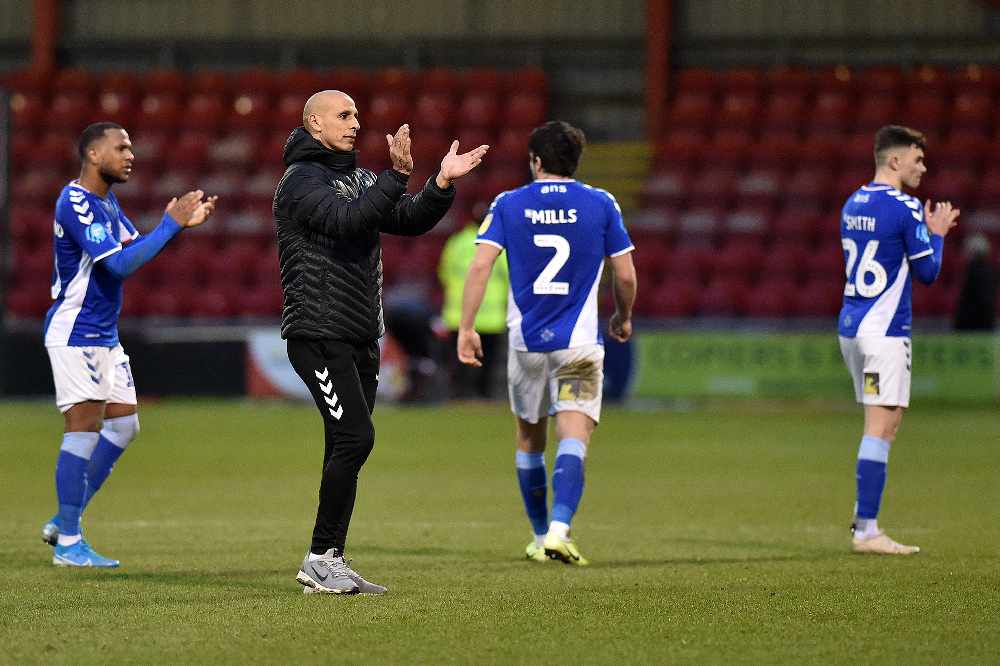 Oldham Athletic were dealt a late sucker-punch over the weekend as they lost 2-1 away at Crewe Alexandra thanks to a 98th-minute winner.

Coming into the game Oldham had won their last two and were looking like they could put on a good run of form. However, it was always going to be a tough ask as Crewe sat in the automatic promotion places after a superb campaign so far.

The game started with both teams trying to feel each other out. But the first chance came for Crewe as Charlie Kirk found some space on the left and he attempted an audacious chip on the volley which landed on the roof of the net much to the relief of Oldham stopper Zeus De La Paz.

Tom Hamer then went close for Oldham as he played a one-two with a teammate and flashed a shot but it went inches wide of the post.

Shortly after the interval, Dino Maamria’s side took the lead and shocked the home supporters. Danny Rowe held the ball up and produced a through ball to set Nepomuceno free down the right-hand side and he played a low cross into the box and found Jonny Smith. The winger kept his composure to slot passed the goalkeeper and send the away end into pandemonium.

Then just minutes later the hosts were level and De La Paz will not want to see the goal back. The Latics' advantage was short-lived after Kirk worked an opening inside the box for Jones, whose shot squirmed through the keeper's hands and over the line for a 54th-minute leveller.

Oldham held out for the rest of the game as De La Paz made some crucial saves to keep the hosts out but the visitors couldn’t hold off until the final whistle. Crewe were rewarded in the 98th minute as Kirk danced through Oldham’s defence in the box before striking into the near post.

The result moves Oldham down to 17th place whilst Crewe remain in 2nd.