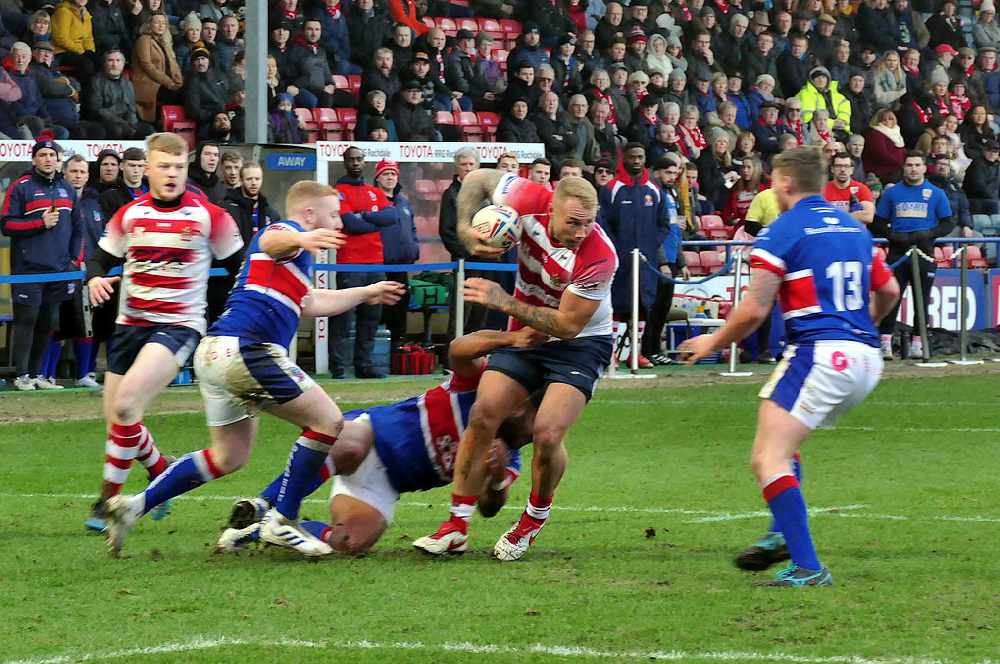 The same two teams met at the same stage of the Challenge Cup last season when Widnes won 54-14 at Bower Fold in front of a four-figure crowd.

This time they will go head-to-head  at the DCBL Stadium just three weeks after beating Roughyeds 36-6 at Bower Fold (attendance 1,726) in the opening game of the 2020 Betfred Championship campaign.

The crowd that day attracted the biggest Roughyeds' home league gate for several years, going back to 2008 when a Boundary Park crowd of 2,806 watched Roughyeds beat Doncaster 36-16 on their way to a third-place finish behind Gateshead Thunder and Barrow Raiders in National League Two.

Coached by Ellery Hanley, Doncaster were to avenge that defeat when, from a fourth-place finish, they beat Oldham 18-10 in the play-off Grand Final.

Roughyeds are hopeful of beating their Championship opening-day crowd of 1,726 when they play Bradford Bulls at Bower Fold on Sunday week, March 1.

The Bulls always take strong support to away games and given that they attracted a home crowd of 3,640 against Featherstone Rovers last Sunday, Oldham officials are anticipating another lively crowd on March 1 at Bower Fold on the back of the Roughyeds' 16-14 win at Whitehaven last time out.

Admission prices for the cup-tie at Widnes this Sunday are £20 adults, £15 concessions and £10 juniors but there is a £5 reduction on each of those prices if fans book in advance with Widnes online, using the code CORAL5.

Oldham fans are asked to book seats in blocks A and B (South Stand), using the above code when reaching checkout and not before.

Initially, fans will have to select a full-price ticket before using the code and applying the discount price at checkout.

will be required to present it at Widnes's stadium shop on Sunday to receive a complimentary ticket.