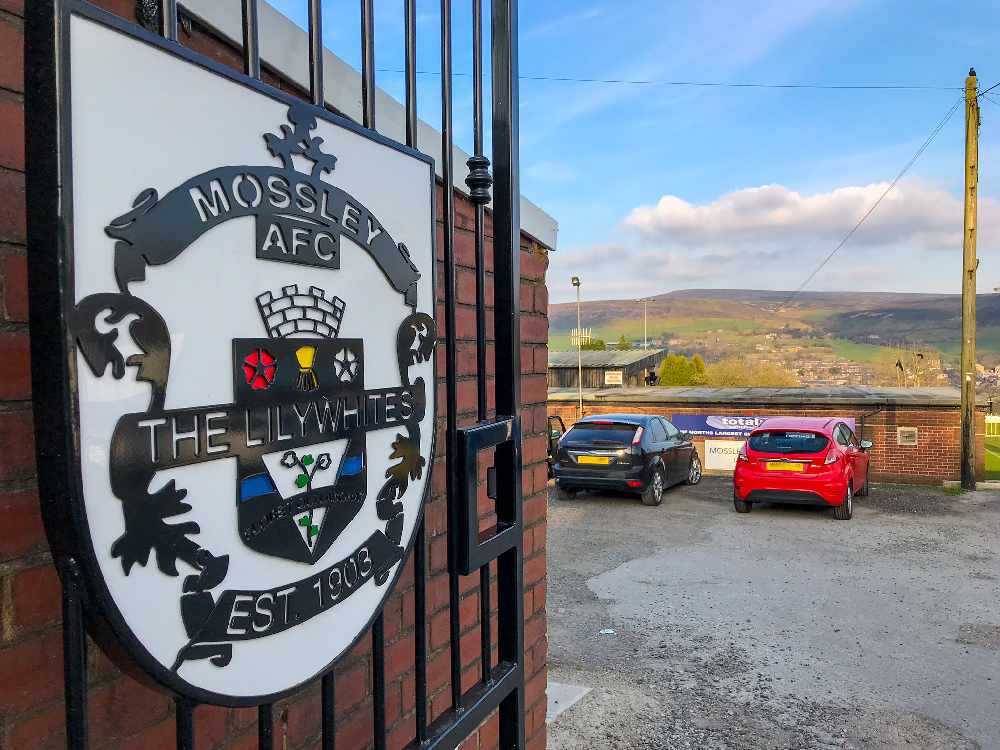 Hard working Mossley gave an improved display when being held by second placed Trafford at Seel Park on Saturday afternoon. Both sides will probably be reasonably content with a point at the end of what was an interesting if never particularly exciting contest.

The Mossley team showed several changes from the side beaten at Brighouse last week. Josh Ollerenshaw returned between the sticks due to Theo Roberts' unavailability. Raheem Hanley was given a full debut at left back. Skipper Andy Keogh was switched to the left side of a midfield diamond while Ben Halfacre was recalled to partner Jamie Rainford up top. Wingers Jes Uchegbulam and Brad Lynch dropped to the bench as manager Dave Wild went with a narrower approach.

Ben Halfacre had an early opportunity in a game of few chances, but his header was deflected wide. At the other end Trafford's first serious raid saw the lively Lewis Walters fire high and wide.

Mossley took the lead on 33 minutes with a goal out of nothing as the ball broke to Ryan Brooke some 25 yards out and his perfectly struck dipping half volley gave Trafford keeper Matt Cooper no chance.

Trafford were posing very little threat with Steve Mason and Dec Evans rock solid at the heart of the Lilywhites defence. Mason in particular, playing against his former club, had an outstanding game making several crucial blocks and tackles to keep Mossley ahead at the break.

Trafford dominated the early stages of the second half with Curtis Miller missing a good chance and Walters having his low free kick saved by Ollerenshaw.

It was however the Altrincham loanee Lewis Walters who brought Trafford level on 68 minutes when he weaved past a couple of tackles to score low to bottom corner of Ollerenshaw's right hand post.

The arrival of subs Godwin Abadaki and Jes Uchegbulam enlivened the Mossley attack in the latter stages but the closest either side came to a winner was when Jamie Rainford, on his home debut, saw his angled drive saved by Cooper.