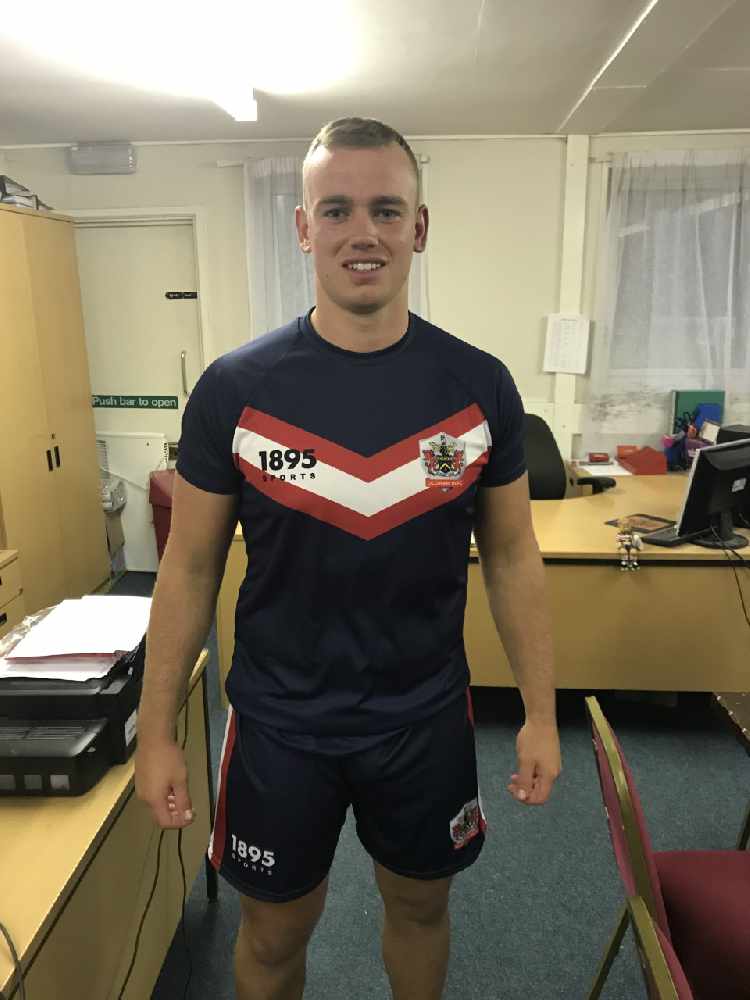 Oldham have signed 19-year-old local boy Matthew Fletcher, a ball-playing forward who has returned home after a year in Australia, playing for Valleys Diehards and Norths Devils in Brisbane.

A Roughyeds fan since he was a small boy, Fletcher has signed for two years after learning his trade at Waterhead, Bradford Bulls Academy and then in Australia where he would have stayed longer had his visa not expired.

"I loved it there -- absolutely loved it," said the youngster. "But I had to come home when my visa expired and I told my agent in Australia that Oldham would be the club for me if I had a choice.

"I've supported Roughyeds since I was a boy; I know Gareth Owen and Danny Bridge; I know Matt Diskin from our Bradford days; and I'm back living in Oldham  so it made sense to sign for my home-town club if I got the opportunity.

"I trained on Tuesday night and I'm hoping to make my debut against St Helens on Saturday at the Vestacare Stadium, but because Norths Devils come under the auspices of the NRL I need formal approval first before I can play."

Oldham chairman Chris Hamilton confirmed that he was waiting for international clearance but he hoped to have it in time for weekend.

He added: "Matthew's big, strong, athletic with a good offload. We are delighted to have him on board."

Head coach Matt Diskin said: "Matthew is a real talent. As a boy he played as a half-back, but in more recent years, as he's got bigger, he plays as a forward through the middle channels, but he's still got his ball-handling skills and he has a good offload.

"He's a lad with a great attitude, he works very hard and he's keen to do the best he can and progress up the ladder."

Fletcher first started playing as a nine-year-old at Saddleworth Rangers, but he was soon at Waterhead where he remained until he was 16. Keith Brennan and Jon Perks were his main mentors and coaches.

At the age of 14 he joined Featherstone on scholarship and from 16 to 18 he was on semi-pro terms at Bradford, playing in the Academy and the Reserves teams.

A year ago he followed former Bulls boss Rohan Smith to Australia, playing at Brisbane Broncos feeder clubs such as Valleys Diehards, where the great Wally Lewis first learned the rudiments of the sport, and at Norths Devils.

He also had the chance to travel south and play for Roy Jewitt's club, Young Cherry Pickers, in Canberra, but the expiry of his visa put paid to that.

Added Matthew: "My girl friend Ella and I will be settling in Oldham now and I'm massively looking forward to playing for the club. I consider myself a Waterhead lad through and through so it will be great to be playing alongside Gaz Owen, Danny Bridge and Phil Joy. I can't wait.

"Funnily enough, there was a time when I used to play a bit of football too for Stalybridge Celtic, so how's that for a coincidence, given that Roughyeds will be at Bower Fold this season."

Some might say that his signing for Oldham was in the stars and was meant to be.