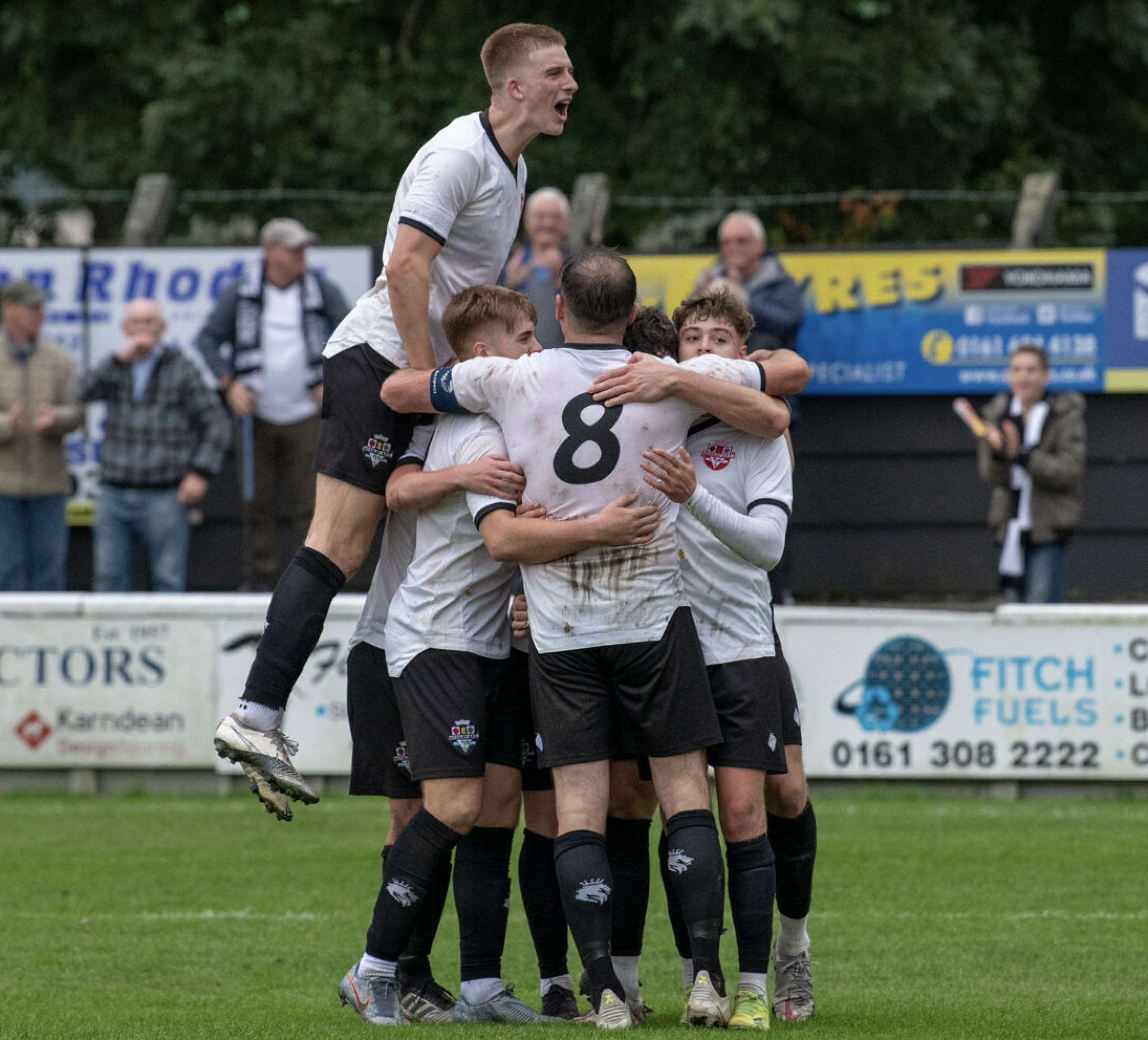 Mossley saw off the challenge of Ossett United with a 3-1 win in Saturday's Buildbase FA Trophy clash at Seel Park as the club belatedly celebrated the 40th Anniversary of the club's visit to Wembley in the same competition.

The Lilywhites, despite missing several players through injury and being rested proved too strong for the equally depleted visitors on this occasion.

Senior was to be led a merry dance by the lively Phillips throughout the opening half before being replaced at the break. Harry Pratt and David Kuba-Kuba were equally impressive as Mossley dominated play, prompted by the in form midfield trio of Butterworth, Andy Keogh and youngster Bailey Marsden.

Pratt went close for Mossley before experienced Ossett striker Walshaw fired high over the bar from a great position only six yards out.

1-0 became 2-0 on 24 minutes. Butterworth’s free kick from deep the right was calmly volleyed home from close range at the far post by unmarked defender Paul Riley for his first ever Mossley goal.

Kuba-Kuba had a long range shot saved and Phillips missed a great chance when he failed to get a clean connection on Pratt’s great ball in from the left as Mossley ended the half in almost complete control.

Phillips was unlucky early in the second half when he threw himself onto Keogh’s brilliant flick header but couldn’t quite connect as Mossley continued where they had left off.

Left back Sam Kilner almost scored with a cross as the backpelling goalkeeper was forced to tip over the bar, substitute Kain Dean shot narrowly wide and Devon Matthews headed narrowly wide from a Butterworth corner kick as Mossley continued to dominate.

Out of nowhere Ossett pulled a goal back with 17 minutes remaining. Substitute Hussain danced his way into the Mossley box and the ball broke for Walshaw who bundled the ball home from close range.

The goal suddenly gave Ossett new found impetus and for a few minutes Mossley were visibly shaken but the visitors were unable to take advantage.

Kane Hickman replaced Marsden for the closing stages and Mossley once again regained the upper hand and any remaining nerves were calmed three minutes short of the ninety.

‘Man of the Match’ Harry Pratt drove forward from the right, showed great strength to power past his marker raced through and waltzed around the keeper before calmly stroking the ball into an empty net.

Keeper Jordan Hadlow was called on to make a good save in the closing moments but the job was pretty much done by then and Mossley go safely through to the next round and a local ‘derby’ away to Hyde United.