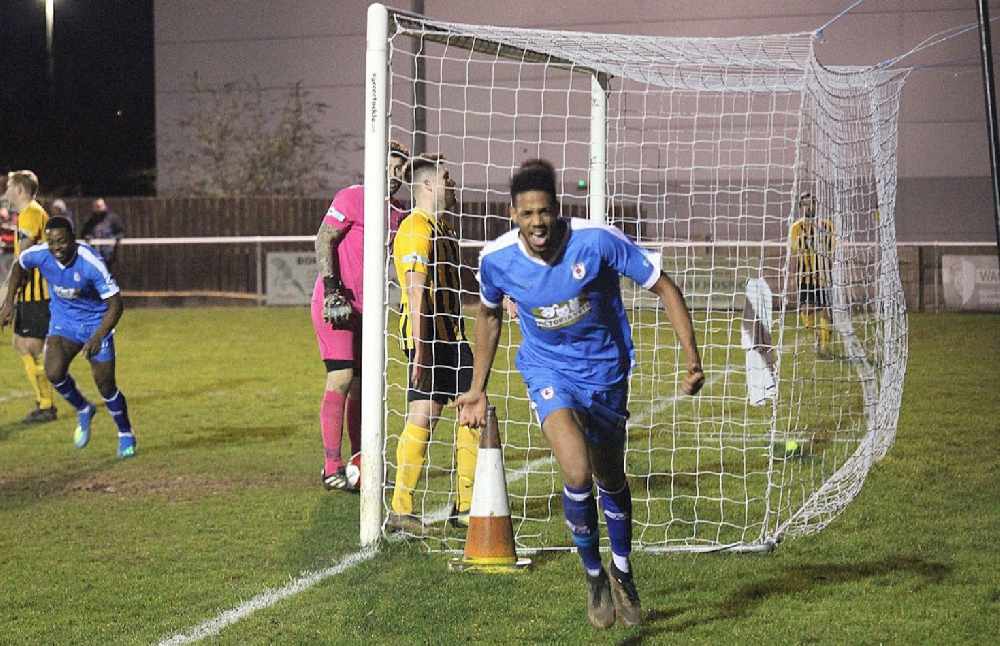 The Hillmen returned to Surrey Street with maximum points after scoring two goals in the final six minutes.

Mohamed Sheriff struck in the 84th minute and Braulio Maeico sealed the victory in the final minute of normal time.

Up to that point, it had been a tough encounter for Glossop in front of 419 fans at Sandy Lane.

The result leaves Peter Band and Lloyd Morrison’s side 12th in the table with 27 points from 21 league matches.

Joint-manager Band was happy with the outcome.

He told GNE TV: “A solid performance. We caught them on the break in the last 15 minutes. Some of the lads we took off weren’t happy but we got the result.

“To come here and get the three points is quite pleasing.

“The pleasing thing for me and Lloyd is in the last couple of weeks whoever has gone on as a sub has either scored or set a goal up.

“It’s nice for Dale Latham to get a clean sheet. The lads rolled their sleeves up. It was a bit of an arm wrestle but we’ve taken our chances and the lads who’ve come on changed the game. We said at half-time if it was still 0-0 after 60-65 minutes we would throw subs on  and we’ve won it in the end.”

Next up for the Hillmen is a trip to the Midlands on Saturday to face Sutton Coldfield Town.