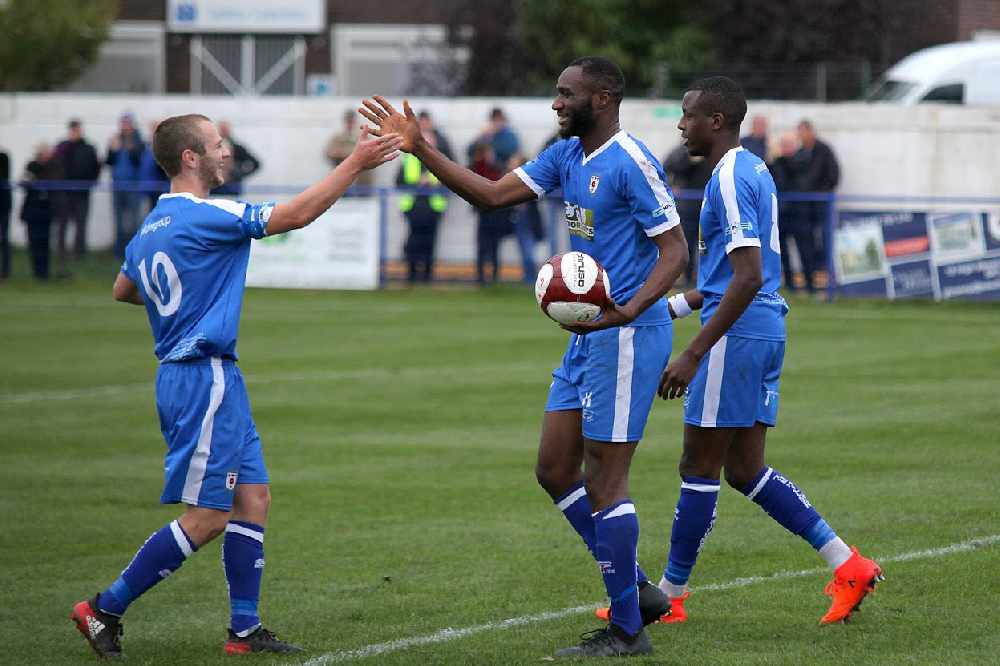 Glossop hit Spalding for six as they run out 6-1 winners in an impressive performance at the The Amdec Forklifts Stadium.

Spalding United came close to a goal in the first minute of the game. It would be 80 minutes before they had another sight of goal and, by that time, GNE had a 4-0 lead.

The managers had argued that performances had been better than results recently and Glossop got exactly what they deserved today – six goals and a massive three points at home. Glossop came close three times in a confident start which brought the first goal after thirteen minutes.

A Tuohy corner found Ahmadi on the edge of the six-yard box. He scored with a firm header. Glossop were then denied a clear penalty before a well-worked short corner routine produced a header just over. Another goal had to come and on 33 minutes a clever ball from Kay put Ahmadi in and he slammed the ball through the keeper for the second.

Moments later it was almost three as a great Ahmadi volley was palmed away by the keeper. Soon a long clearance from Latham was not dealt with by the Spalding defence and Sheriff ran on to score for 3-0 at the break.

Sheriff hit the post in the first minute of the second half as Glossop continued to make chances. It was four on the hour as Ahmadi completed his hat trick on debut with a cool lob over the Spalding goalkeeper.

The scoring might have ended there but Spalding made it 4-1 after 79 minutes. Glossop were annoyed and they responded instantly after an excellent cross from Maeico was bundled in by Prince Ekpolo.

The fun wasn’t over as, just in added time, Livesey Mason spotted the Spalding keeper off his line and did a Beckham lob into the top corner from the half-way line. It was a very happy Amdec Forklift Stadium as Glossop finished with a magnificent 6-1 victory with some outstanding goals.