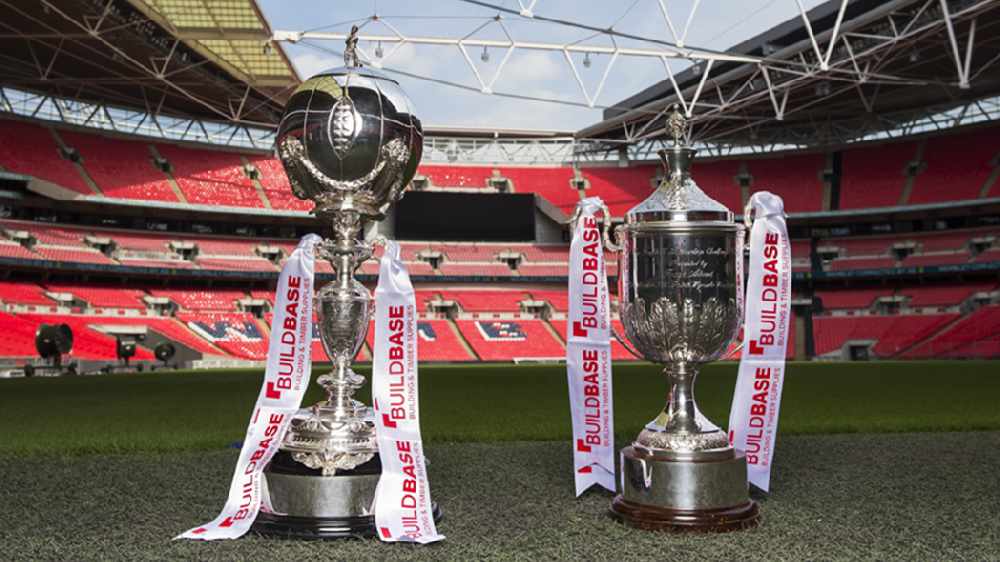 The draw for the Second Qualifying Round of the FA Trophy has been made with two of our teams being involved. The prize money has been ramped up for this round with the winners bagging £3000.

Two teams that weren’t in the draw were Hyde United and Mossley as they exited the competition in different circumstances.

Hyde were eliminated from the competition at the first hurdle in heartbreaking circumstances after conceding two late goals to lose 3-2 at Buxton. Following the loss, Hyde boss Dave McGurk spoke to Hyde's media team and lamented his side's defending. "We've lost the game through three set pieces. We went through Buxton's strengths on Thursday and we negated those strengths in general play, but one of those was first contact on set pieces, and I'm not sure how we can get that message across to the lads any clearer. The second goal, I'm not sure what the officials were doing to be fair, if it's offside then it's offside, so I don't know why the linesman has put his flag up in the first place if he doesn't think the number 10 has touched the ball. I've told the lads that they’ve conceded three goals from set-pieces, and it's a massive part of the game. We've not been good going forward, and we've not been good enough defensively."

In a different scenario, Mossley were expelled from the FA Trophy after fielding an ineligible player in the previous round at Cleethorpes Town.

The Lilywhites were scheduled to travel to Morpeth Town in the First Qualifying Round over the weekend but have since discovered that they will no longer be competing in the competition. The decision meant the Lilywhites lost the opportunity to progress in the competition and collect a prize fund of £2,450 for winning.

Second Qualifying Round Draw: Ties To Be Played 9th November

Ashton United made it into the second qualifying round after a superb 1-0 victory away at Warrington courtesy of a wonder strike from Sam Sheridan. In a game that lacked quality in some stages, Sam Sheridan fired the ball into the top right corner from outside of the box to wrap up the game. Carlton Town and Matlock will battle it out to play Ashton this week after their original fixture was postponed due to the weather.

Stalybridge will take on South Shields this week after their original fixture was postponed due to a waterlogged pitch. The two have already faced each other this season with South Shields winning 2-1 after a 93rd-minute winner in a game where Stalybridge played well and could count themselves unlucky. Rushden & Diamonds and Banbury United played each other over the weekend with the game ending 0-0 meaning a replay will take place this week to decide who goes through.