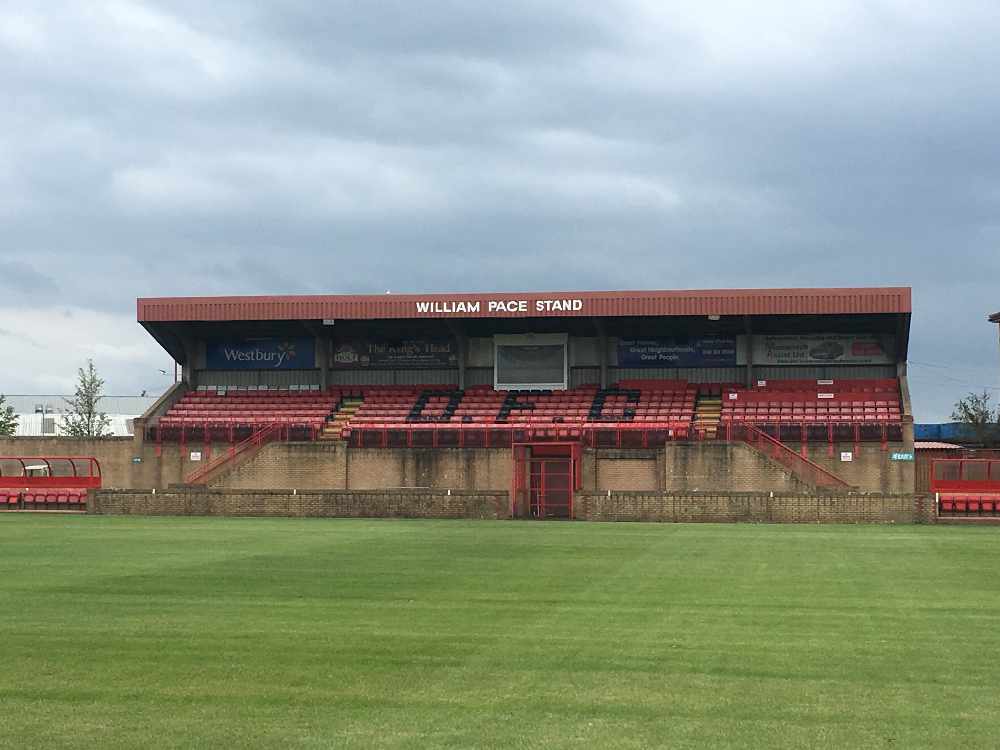 A goal twelve minutes from time by James Steele was the difference between the sides in what was a game of two halves.

Droylsden had their chances in the first half. Jack Kay was put through and forced Scott into a save with his legs, while Harry Noren looked dangerous on the right and cut inside only to see his goal bound shot blocked.

At the other end Rhian Heelawell forced a save from Chris Thompson who also saved from Anointed Chukwu after a mistake at the back.

The visitors took control in the second half, Chukwu going close after another mistake at the back by Droylsden and the striker, on loan from Salford City, had a second chance slicing wide.

Chances were few and far between for the Bloods, Dom Smith doing all the hard work on the edge of the area before pulling his effort wide, while Kay was put through on goal and went down inside the box, but the referee showed him a yellow card for diving.

But it was ex Blood Shaun Holden’s cross which set up the goal for Steele in the 78th minute which sealed the three points for the visitors, and the striker went close to a second deep into injury time, but his shot flew narrowly past the post.