Curzon slip up at Altrincham 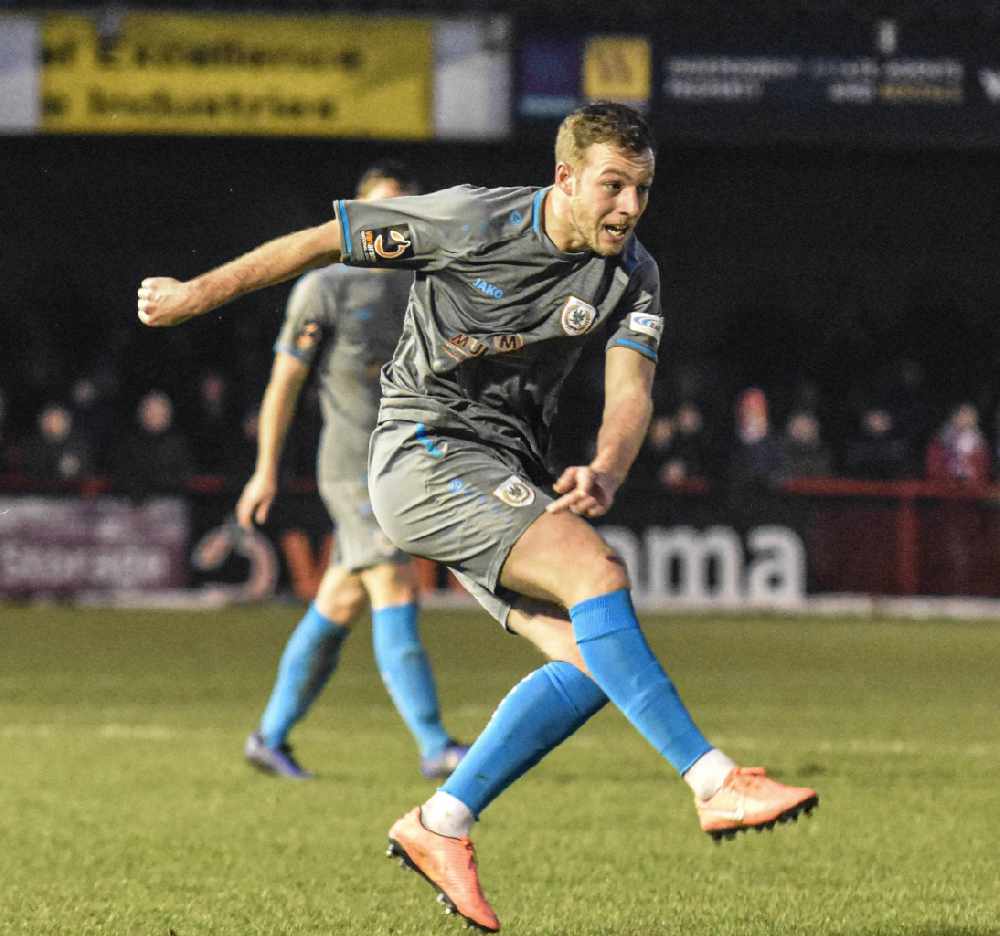 Curzon Ashton started the New Year with a 2-1 defeat at Altrincham, despite taking the lead on the half hour mark through Michael Calveley.

The Nash played great football at times but were unable to hold out for victory, as the hosts levelled matters in the 56th minute through Jake Moult, before Andy White put them ahead two minutes later.

Altrincham were forced to play the game with ten men for the last 15 minutes when John Johnston was sent off, but it mattered little as the Robins survived late pressure to hold out for the points.

The result leaves Curzon in 19th place and six points above the relegation zone, ahead of Saturday's home fixture against Alfreton Town.

The visitors entered the game having shocked high-flyers Chester with a 1-0 victory just four days earlier, but they began the fixture at the J Davidson Stadium a little off the pace. Goalkeeper Cameron Mason, who has received high praise for his performances this season, made a fantastic finger tip save in the 14th minute to deny Max Harrop from a set-piece.

Curzon had their own chance six minutes later through Connor Dimaio, but the on loan Stockport County player, who has extended his loan with the Nash, couldn't beat Thompson with a low effort.

Mark Bradshaw's side grew into the game by this point, and their intent to find an opener was rewarded in the 30th minute through Calveley. Liam Davies' corner was met by Calveley at the back post and he headed home from a tight angle.

The hosts had a chance to level the game on the stroke of half-time through Johnston, but he couldn't guide his header on target from six yards out.

Altrincham began the second-half the better side, and their efforts were rewarded with an equaliser in the 56th minute. Moult smashed home a loose ball to square things up, before White put them ahead less than two minutes after the re-start.

Dimaio had a chance to bring Curzon back into the game in the 61st minute, but he fired a close range effort over the bar.

The Nash were given a golden opportunity to take something from the game in the 75th minute after Harrop was sent off, but they failed to capitalise on their numerical advantage and couldn't find the back of the net.