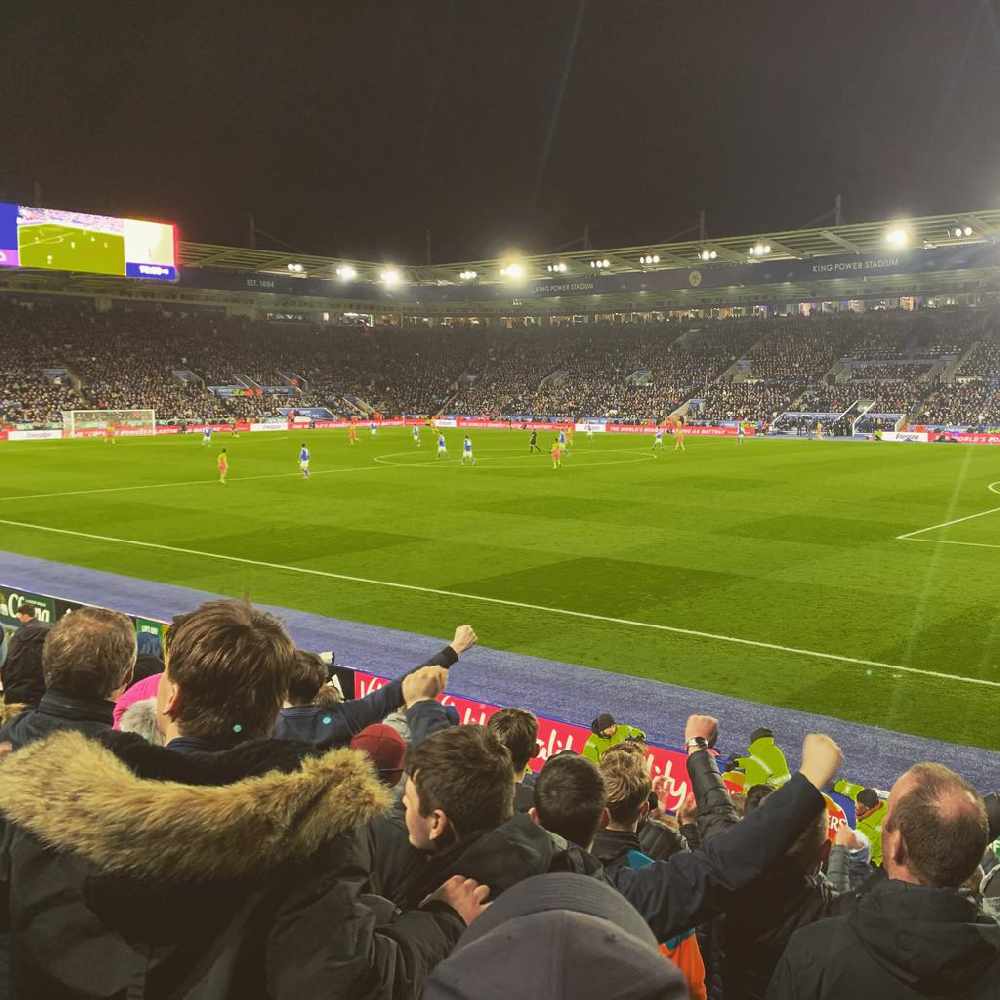 Manchester City moved a step further towards guaranteeing a top-four finish this season after they won 1-0 at Leicester City on Saturday courtesy of a Gabriel Jesus goal.

Aymeric Laporte made his second successive start for the first time since his injury but the Blues were still without Raheem Sterling and Leroy Sane.

Both teams started brightly and it became clear that both were intent on attacking from the start.

In the 8th minute, Leicester had their best chance of the game as Laporte lost the ball and Youri Tielemans fed the ball to Jamie Vardy who was through on goal but he blasted his effort off the post.

Then just a minute later City went close as Bernardo Silva passed the ball to Kevin De Bruyne who moved it onto Riyad Mahrez and he curled an effort towards goal which forced a great save from former City stopper Kasper Schmeichel.

In the 17th minute, Sergio Aguero did brilliantly to lay the ball to Ilkay Gundogan in the box but the German couldn’t get enough power on his effort and it was saved.

Just before half-time, James Maddison had a freekick on the left-hand side which he curled towards the bottom corner but Ederson saved superbly to deny Leicester.

City were much better in the second half and in the 54th minute Rodri did well to snatch the ball and feed De Bruyne but his near post strike was saved well again by Schmeichel.

On the hour mark, Pep Guardiola’s side had a penalty as Gundogan’s effort was blocked by the hand of Dennis Praet and VAR awarded the spot-kick. Aguero stepped up and blasted the ball but it was saved by the leg of Schmeichel meaning city have missed 5 of their 7 penalties this season.

But City were the better side for much of the second half and deservedly took the lead when substitute Gabriel Jesus struck his 17th goal of the season, finishing coolly into the bottom corner from close range after being put through by Mahrez.

A good win for City sees them move seven points clear of Leicester and they now turn their attention towards Real Madrid in the Champions League.