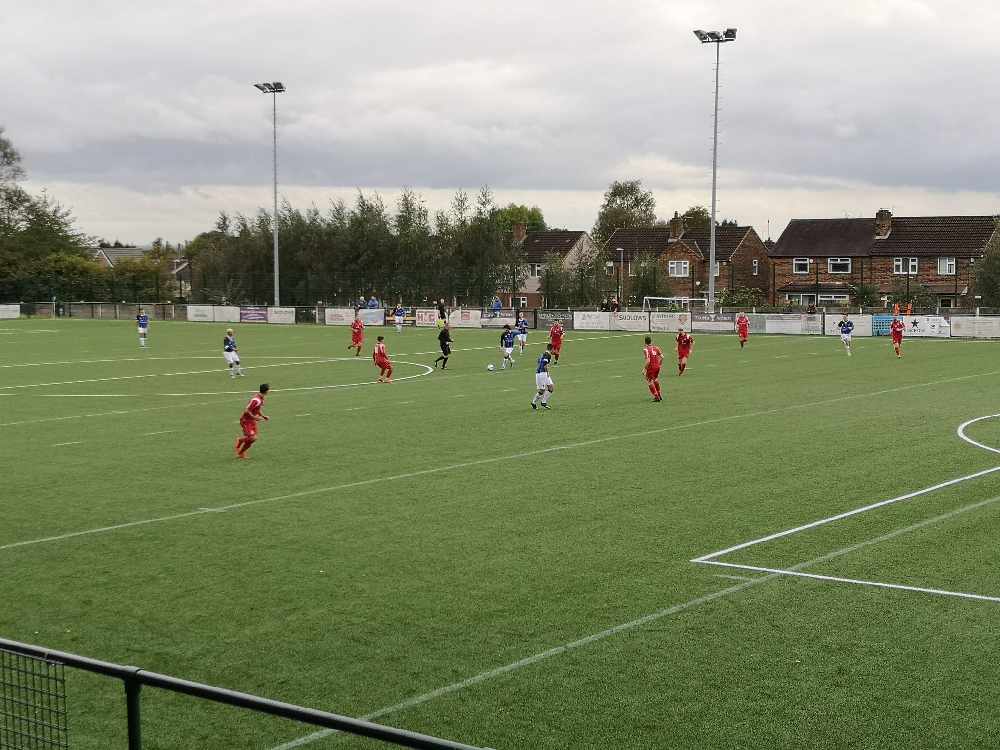 Avro returned to winning ways with a thrilling 3-2 victory over a spirited Squires Gate side at the Vestacare Stadium on Saturday afternoon.

Captain Louis Potts scored twice and Abdul Abdallah struck what proved to be the decisive goal on his debut, as the Oldham-based side consolidated their place in the top half of the North West Counties Premier Division table.

James Hampson and Lee O'Brien's men, who were promoted from the First Division North last term, fell behind after 16 minutes.

The visitors from Blackpool, under new manager Lee Evans for the first time, went ahead as Dean Ing fired home from inside the six-yard box following a corner.

Avro responded well and hit the post just before the half-hour mark from a fabulous free-kick from Jack Poxon.

But the equaliser soon arrived as captain Potts met a fine delivery to head home his sixth goal of the campaign on 33 minutes, beating Squires keeper Adam Pennington who was left stranded after rushing off his goalline to try to catch the cross.

Joe Bevan went close to sending the hosts in front at half-time but his neat chipped effort drifted narrowly wide.

Avro started the second half on the front foot as the impressive Kyle Jacobs - who was voted the club's Man of the Match - sent a drive just over the crossbar before Potts rattled the woodwork with a powerful header.

But, after a concerted spell of pressure, the striker and club's leading scorer this term netted his second header of the day to complete his side's comeback after 56 minutes.

Squires Gate had a lot of possession but the better chances fell the way of the hosts, as Jake Pollard and Alex Frost came close to scoring with fiercely-struck efforts.

Avro, who were much improved in the second period, sealed the win with a minute of normal time remaining as substitute Abdallah reacted quickest to a loose ball in the box to slot the ball past Pennington.

The battling visitors reduced the deficit in stoppage time when Riccardo Egidi converted a penalty after he was adjudged to have been tripped by Frost in the opinion of referee Mark Powell, who was taking charge of his final NWCFL game before retiring.

But Avro held on to bounce back from the previous weekend's 2-1 defeat at Ashton Athletic and move on to 12 points from nine games in 10th place, leaving Squires Gate second from bottom with four points from seven games.

Next up for Avro is a tough clash against third-placed 1874 Northwich at the Vestacare Stadium on Saturday (5 October).