Avro And Chadderton On Their Travels 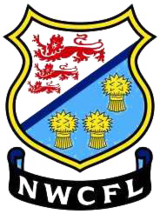 Two Oldham teams in footballing action this weekend as Chadderton are in Macron Cup action and Avro are in a league fixture.

The month of October wasn’t a kind one to Chadderton as they were knocked out of three cup competitions and struggled in the league. November started well for Chadderton with a 5-3 win over Steeton but they slumped to a 2-0 defeat at home to Ashton Town in midweek. This game in the first round of the Macron Cup as the game was meant to be played in October but it was called off due to the weather.

Wythenshawe come into the game on the back of a 1-0 loss at home to FC Oswestry Town which condemned them to just 1 win in their last 6 fixtures. The game could represent an opportunity for Chadderton to put in a good performance against a side that is low on confidence.

Avro are in league action this weekend as they look to further consolidate their status as a Premier Division side. The rapid growth of the club is one to be admired as the hard work from all at Avro has seen them catapult through the leagues. As some expected Avro have struggled this season as the Premier Division is a tough league and Avro have adapted well but their form has been patchy.

Avro will come into the game full of confidence after a spectacular 93rd-minute equaliser in their last game earned them a point against Runcorn Town. Avro looked like they heading for another defeat but they fought back and secured an unlikely goal in the 92nd minute. Lewis Lacey again the scorer as he smashed the ball home after some great build-up play.

Hanley Town represents a winnable game for Avro as the two teams a very similar in terms of league position and form. The home team comes into the game on the back of a 2-0 loss to Padiham in a game where they struggled to get into the game and they were comfortably beaten. It's a big chance for Avro to take another big step towards securing their status and towards the top half of the table.