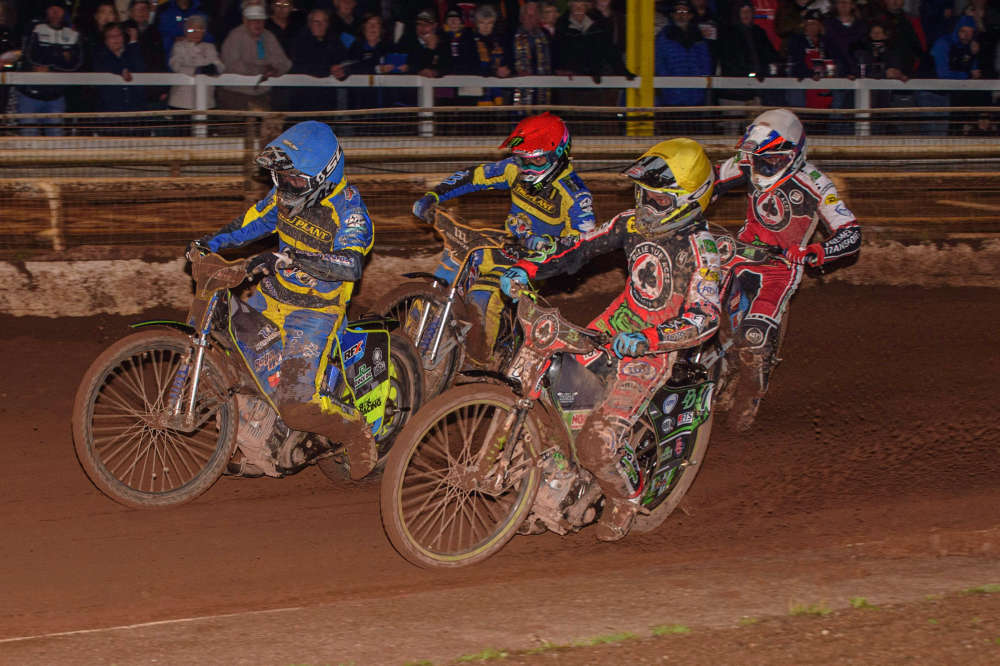 Belle Vue skipper Steve Worrall is quietly confident that his side can “bring it home” in 2021 after the BikeRight Aces thumped Sheffield 40-50 at Owlerton on Monday.

Manchester’s finest were accompanied across the Pennines by a strong contingent of travelling Belle Vue fans keen to voice their support of the team in this crucial semi-final first leg.

In a late blow to the Bikeright Aces side, Brady Kurtz was ruled out of racing just hours before tapes up after crashing out of the Czech Golden Helmet, the day before, in Pardubice.

Wet conditions leading up to the meeting, coupled with a late heavy down pour, saw extensive track work delay the start of the meeting, but it seemed to play right into Belle Vue’s hands. 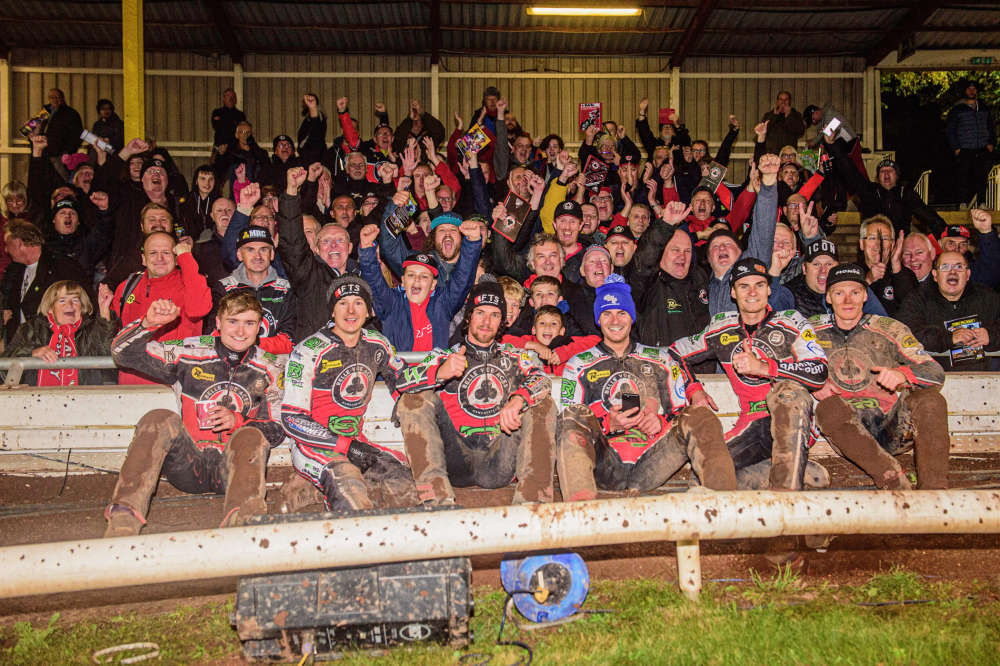 After surrendering a first heat advantage to the Tigers, there was no looking back for the BikeRight Aces as they not only established but defended their hefty lead.

Captain Stevie was beaming with pride as the chequered flag fell on Heat 15 as his side took their first step into this year’s Premiership Grand Final.

He said: “It was a fantastic effort from all the boys tonight and after losing Brady at the last-minute, there were no hesitations; everyone really stepped up their game.

“If you had asked me beforehand if I’d be happy to take a 10-point lead home, I’d have said yes but to actually have that 10-point advantage is amazing. I mean, what more could you want?

“We were a bit sceptical at the start of the night with track conditions looking quite wet and not being sure if it would be on, but that can work against the home riders.

“I don’t know if it did, but I honestly think we just rode very well. Even with Dan’s mishaps in his early rides, he powered through them and I think we got the result we deserve.

“This is only the half-way stage, though. We’ve got to do the same, if not better, at home but I’m quietly confident, with that performance, that we can bring it home.” 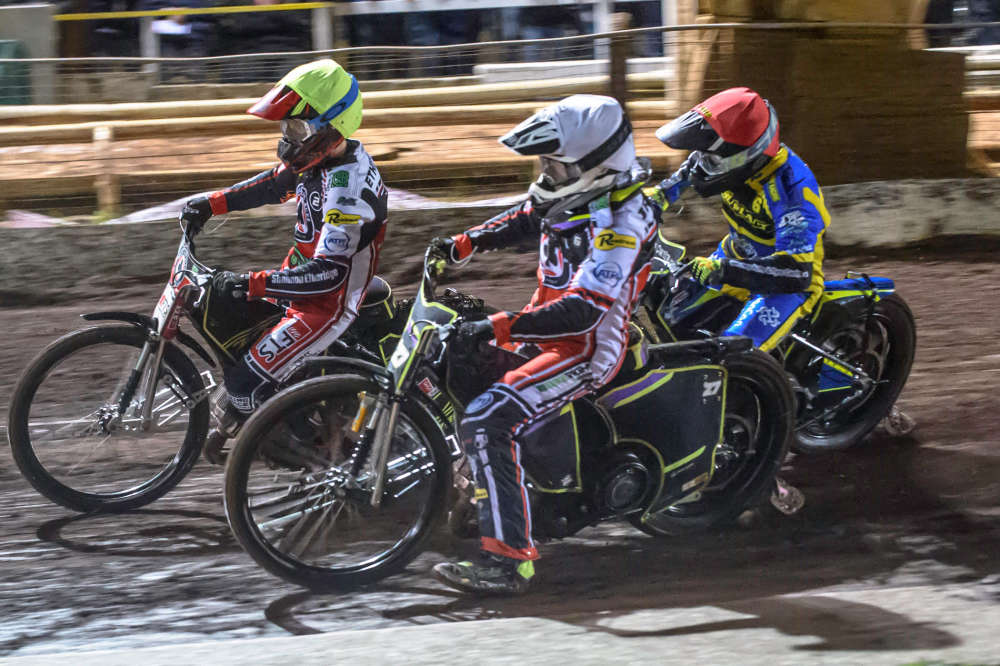 Tickets for the deciding leg of Belle Vue v Sheffield in Manchester are on sale now at bellevue-speedway.com and at the stadium box office on race night, subject to availability.

Race night hospitality in the Peter Craven Suite, prior to racing, is also available for the Manchester fixture, available to pre-book online or buy on the night in the club shop.