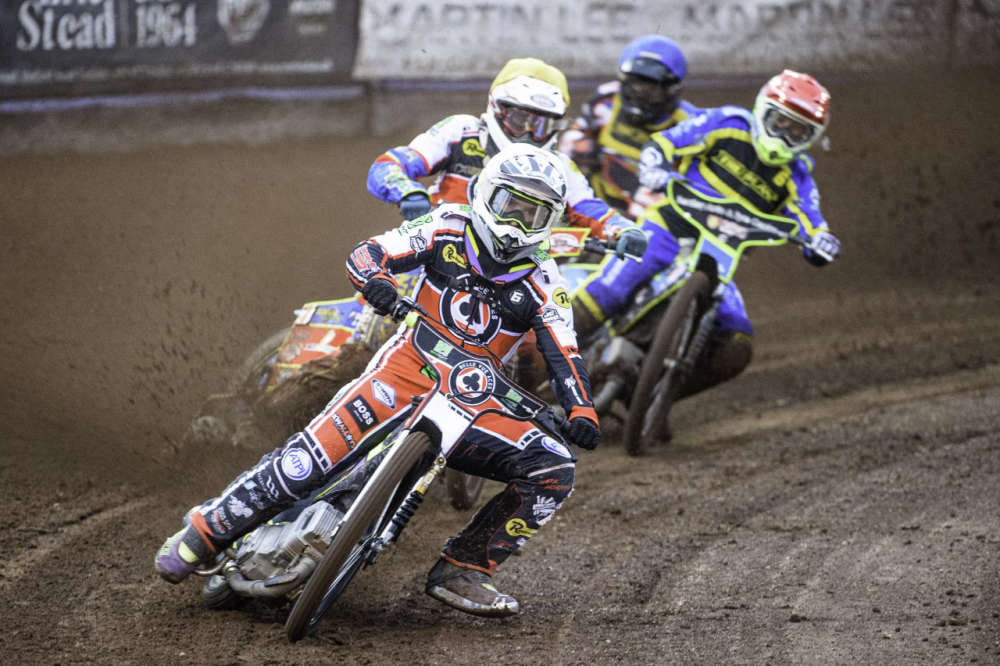 A last-heat decider against Sheffield saw Belle Vue fall just short of a consolation league point after a 49-41 battling performance at Owlerton Stadium on Thursday.

Former Sheffield rider Simon Lambert answered the call to guest at No.7 while the Mancunian side tracked rider replacement at No.2 for Etheridge.

The TruPlant Tigers’ first heat 5-1 was only one of two occasions that the BikeRight Aces conceded such an advantage, and only as a result of Dan Bewley retiring while leading.

Throughout the evening the BikeRight Aces were only ever held to a two-to-four-point deficit before the home side looked to be gaining a foothold in Heat 13.

After extending their lead to six points, the visitors from Manchester responded with a 2-4 in Heat 14, forcing Sheffield into a last-heat decider that could’ve drawn the meeting.

Club rising star Tom Brennan said: “We’re disappointed to have missed out on a league point after battling so hard all evening.

“But this was a much-improved performance from all the boys and to have only conceded two 5-1s all night is a pretty good achievement.

“Sheffield are powerful at home and we expected them to push us hard, and is was tough having lost both Jye and Nikolaj at the eleventh hour.

“But hopefully they will be fit to race on Monday. We’ve got a good foundation to build on so we just need to get our heads down and really focus on the return leg next week.”

The Cool Running Colts complete their 2021 home fixtures on Friday, September 3 with a visit to Manchester by the Mildenhall Fen Tigers, tapes up at 7:30pm.

The BikeRight Aces welcome back Sheffield to the National Speedway Stadium on Monday, September 6 for the second leg of act two of the War of the Roses.

Premiership hospitality is available for this fixture to pre-book or pay for on the night, with meeting tickets available separately at bellevue-speedway.com and at the stadium box office.