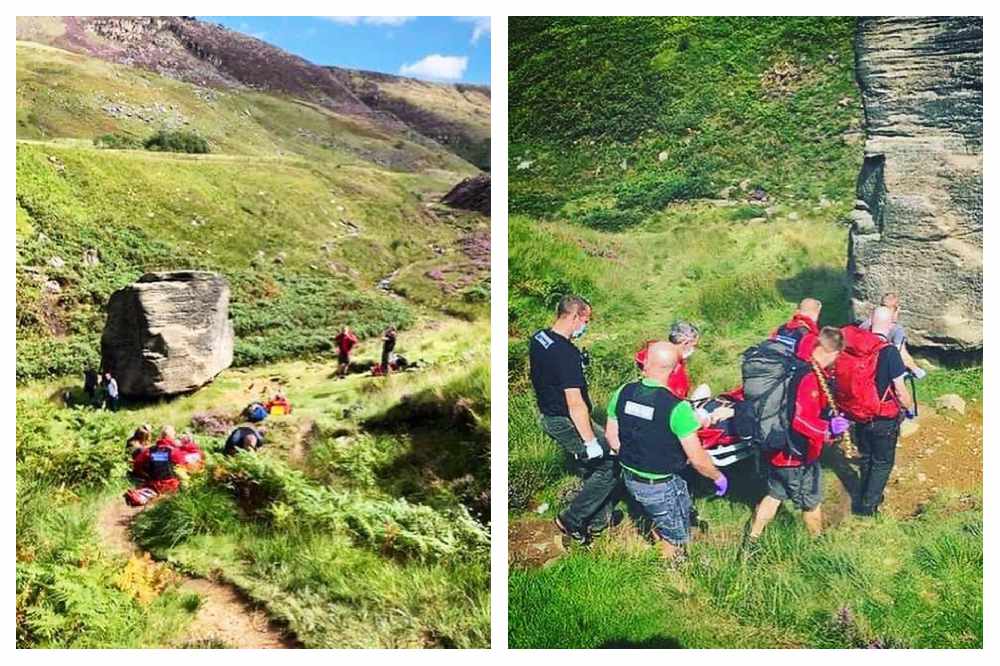 Nineteen members of Oldham Mountain Rescue Team rushed to the aid of a female walker who suffered a head injury in the Dovestones area near Greenfield.

The woman had taken a tumble when out walking in the Wimberry Boulders area on Monday (24 August).

OMRT were called by North West Ambulance Service to help locate and evacuate the woman, who was stretchered to an ambulance and taken to hospital.

Crew members were on the scene for two hours.

They explained further in a statement: "Initial information about where the casualty was located was confused due to some issues with the local mobile telephone masts, however, once contact had been made by the callout officer, an accurate location was established and the Team were deployed to the Wimberry Boulders area of Dovestones.

"Following an assessment by Team medics, the casualty was packaged onto our stretcher and carried over to Chew Track for transfer to the NWAS ambulance, and onward transport to hospital.

"Many thanks to the passer-by who helped by guiding our Team members to the casualty's location."