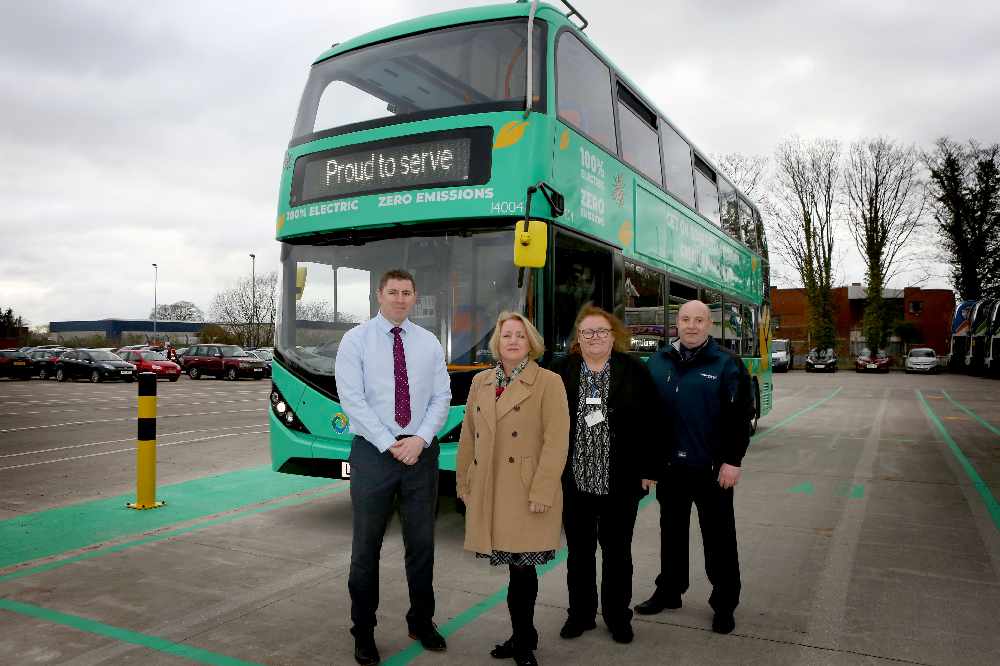 Stagecoach Manchester has launched its brand new fleet of electric double-decker buses - the first of their kind in Greater Manchester.

These zero emission buses can travel 190 miles on a single charge and will help to ease pollution on some of Europe’s busiest roads.

A double decker bus can already take more than 70 cars off the road and the new e-buses will save 2,208 tonnes of carbon a year compared to the existing fleet, as well as improving local air quality.

Stagecoach is already the UK's biggest investor in hybrid-electric bus technology and the company say it has spent more than £1 billion in new greener buses over the past decade. By the end of this year, Stagecoach say it will be operating more electric buses than any other UK bus operator.

Elisabeth Tasker, managing director of Stagecoach Manchester, said: "The introduction of the new electric double-decker buses is a significant milestone in the history of transport in Greater Manchester and represents one of the biggest single investments in electric buses anywhere in Europe.

“We are very proud to have worked in partnership with the Mayor, Andy Burnham, Transport for Greater Manchester and other key organisations to secure the investment needed to roll out the first electric double decker buses for this region.

“This significant investment will deliver major benefits for our customers, the region and other road users in delivering greener transport on some of Manchester’s busiest roads.

"This new fleet of electric buses is the latest example of what can be achieved by working together. We will continue to build on the major progress we've already made with more customer improvements such as next stop announcements, on board Wi-Fi, contactless ticketing and live journey information.”

A multi-million-pound investment has also been made to develop infrastructure and power requirements at depot level, with intelligent chargers used to limit loadings on the electricity supply and maximise vehicle availability.

Transforming the air quality in Greater Manchester is one part of a £142 million 10-year partnership plan that Stagecoach has developed - to deliver a step-change in the region's bus network and seamlessly connect South and North Manchester.

Working with the Mayor and local authorities, Stagecoach say it would deliver more comprehensive services, better value fares, simpler ticketing, an improved customer experience and a profit share which would see revenue made from Stagecoach services reinvested across the region’s full transport network.

Importantly, this would also address issues around damaging car congestion which impacts bus punctuality while local taxpayers would benefit from up to £25 million in savings as Stagecoach and potentially other bus operators would operate uneconomic, socially-necessary, bus routes without subsidy.