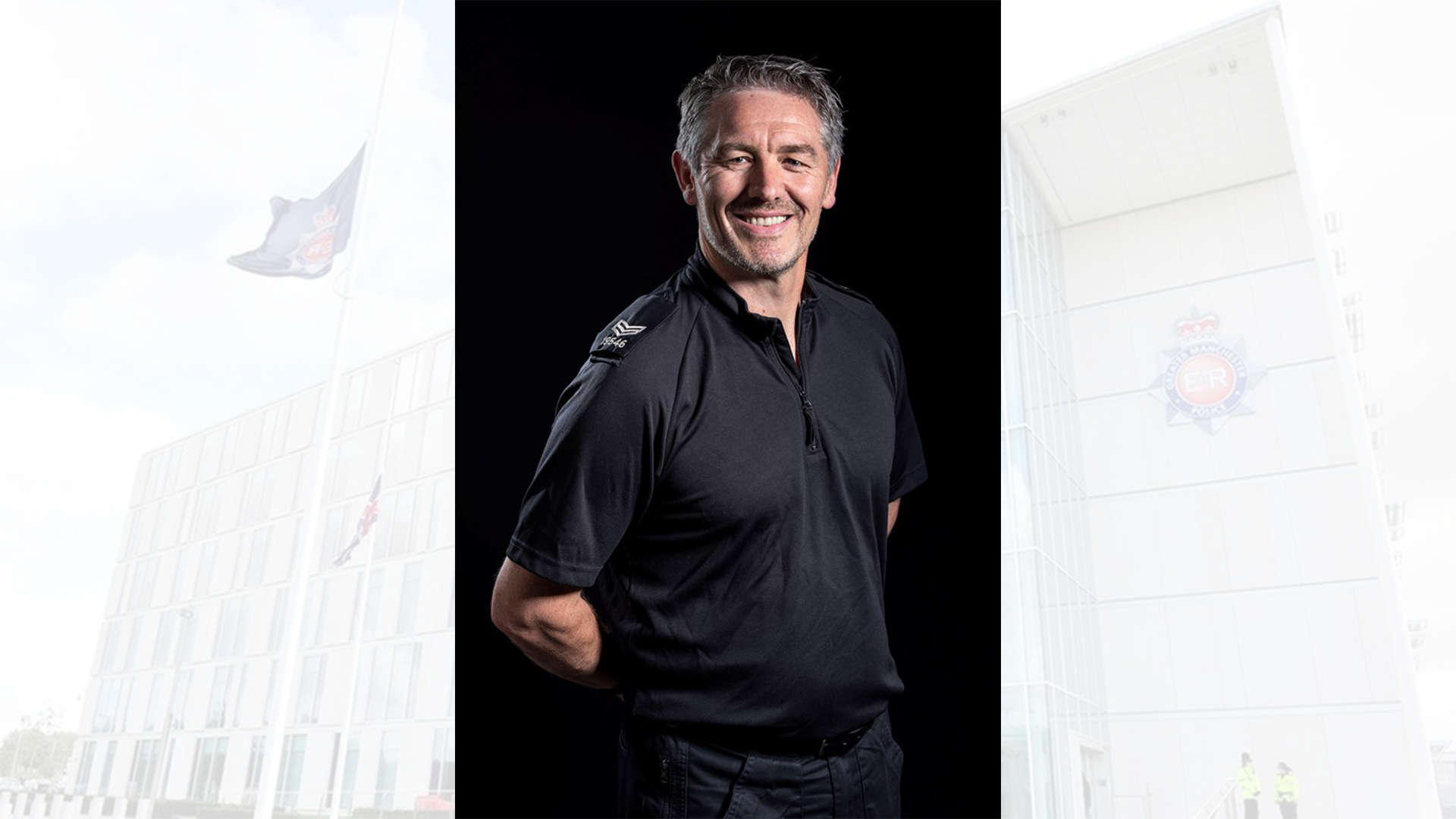 Police officer Damieon Hartley–Pickles has been recognised in the Queen's New Year's Honours List for his outstanding charity work, including in Oldham.

Damieon, who has over 20 years' service in Greater Manchester Police and is currently acting as a response sergeant in Rochdale, is known throughout the force not only for his dedication as a police officer, but the efforts he makes in his personal time to raise money for a number of charities in the local area.

Sergeant Hartley-Pickles has raised a phenomenal £50,000 for charities over the past decade. He began his fundraising for various hospices around the North West, before dedicating much of his time to an Oldham youth charity, Mahdlo, who deliver life-skills and offer chances to underprivileged young people in Oldham.

Damieon has organised and taken part in 24-hour football matches, as well as running around his back garden over 4,800 times with his wheelbarrow in order to complete a half marathon, an effort that saw him raise over £1,700 for the NHS and Mahdlo.

As well as giving his time to complete fundraising events, Damieon also gets involved with the local charities he supports. When he was a neighbourhood officer in Oldham, the area was having major issues with youth antisocial behaviour which was causing upset for local residents.

In additional to helping Mahdlo raise money for support sessions for young people, he visited the charity regularly, engaging with the young people there by getting involved in activities and helping them to understand how their behaviour was having a negative impact on their local community.  As a result, incidents of anti-social behaviour decreased and the community felt safer.

In addition, Damieon has also raised £25,000 for Royton-based Dr Kershaw’s Hospice, who provide specialist care for adults with non-curable, life-limiting illnesses, by running a total of five marathons, 42 half marathons and twelve 10K runs with his trusty wheelbarrow in toe. He has also completed an Everest Base Camp Climb which raised £16,000.

Damieon said he was "so honoured" to receive such recognition.

"It's truly unbelievable, particularly as there are so many people whose contributions are so deserving of this accolade," he said.

“I started my charity work for the same reason that I joined the police – I wanted to give back to society and do something to help those who need it most.

“I must recognise my wife and my family, who provide me with so much support and have had to put up with every ache and pain following each marathon run and each mountain trek, as well as my friend and colleague, Chief Inspector Danny Appleton, who has been the spearhead of our sporting marathons, in both organising and joint participation, raising thousands of pounds for Mahdlo.”

Chief Constable Stephen Watson commented: "The list of charities Damieon has supported and fundraising events he has taken part in is extensive, and he is truly deserving of the British Empire Medal.

"His award recognises both the time and commitment he has dedicated to charity work and helping others, but also the difference he continues to make for our local communities.

“Our officers are committed to public service and helping the people of Greater Manchester and Damieon embodies this quality magnificently – many congratulations to him, we are very proud of his achievement.”