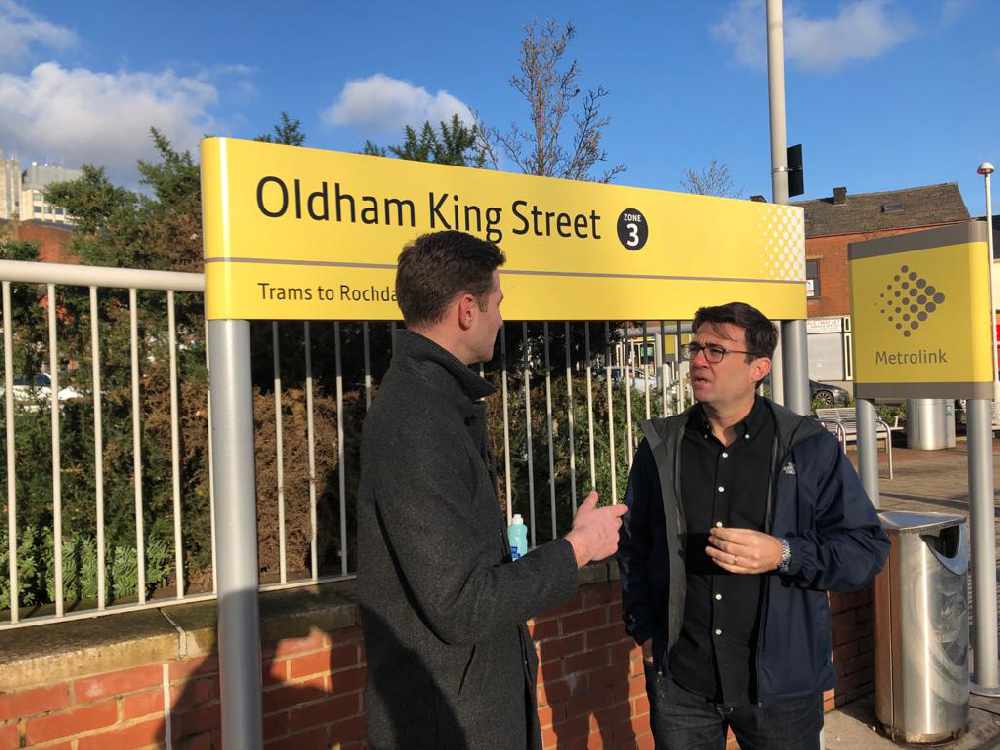 A plan to connect the Bury Metrolink line to the Oldham and Rochdale line via Middleton, dubbed 'the Northern Circular', has moved a step closer with the publication of the 2040 Greater Manchester Transport Strategy last week.

The document sets out potential investments in the region's transport infrastructure including bus corridor upgrades, station and interchange enhancements, new Metrolink lines and new tram-trains that could connect new places by running on both the Metrolink network and heavy rail lines.

Among proposals in the five-year delivery plan is a Metrolink extension to Middleton, which would be delivered in the form of a spur off the current Bury Metrolink line.

The connection of Middleton to the Metrolink network has been a long-held ambition of Rochdale Council and had been described as making "economic sense" by Transport for Greater Manchester officials back in 2019.

A more recent addition to the plan, however, is the commitment to work up options for the spur to continue beyond Middleton and connect to the Oldham line. This extension would make it possible to travel via Metrolink between Bury, Oldham and Rochdale, without the need to pass through Manchester city centre.

The strategy document was presented to a meeting of the Greater Manchester Combined Authority (GMCA) last week and attracted positive comments on the range of proposals put forward.

Commenting on the potential Middleton-Oldham connection, Oldham Council Leader Sean Fielding said: "I’ve always been keen to see high frequency connections between the northern towns of Greater Manchester. These exist in some part in the form of bus services at the moment, but really if the Metrolink is coming as far as Middleton then it doesn’t have to be extended much further to join up with the Oldham line."

Whilst Oldham Council has been keen on a direct Metrolink connection between the northern Greater Manchester towns for many years, with former Council leader and now Oldham West and Royton MP Jim McMahon referencing the potential line in his maiden speech to Parliament back in January 2016, it had been resisted by regional transport bosses as being thought to have too weak a business case to progress.

But its inclusion in the Transport Strategy is a clear signal that the mood amongst transport officials has changed and that the line is seen as increasingly viable.

The change of heart is thought to have come about due to campaigning by Oldham Council and the support of Greater Manchester Mayor, Andy Burnham, who visited Oldham's King Street Metrolink stop last year to discuss the extension with Cllr Fielding.

Mayor Burnham responded to Councillor Fielding at the GMCA meeting by saying: "I agree that we need to see Metrolink expand in the south and particularly in the north where we have ambitions for economic regeneration."

The plan, including the commitment to work up options for a Middleton-Oldham Metrolink line, was agreed unanimously for adoption and publication.

Andy Burnham and Sean Fielding on a site visit to the Oldham King Street tram stop in January 2020.