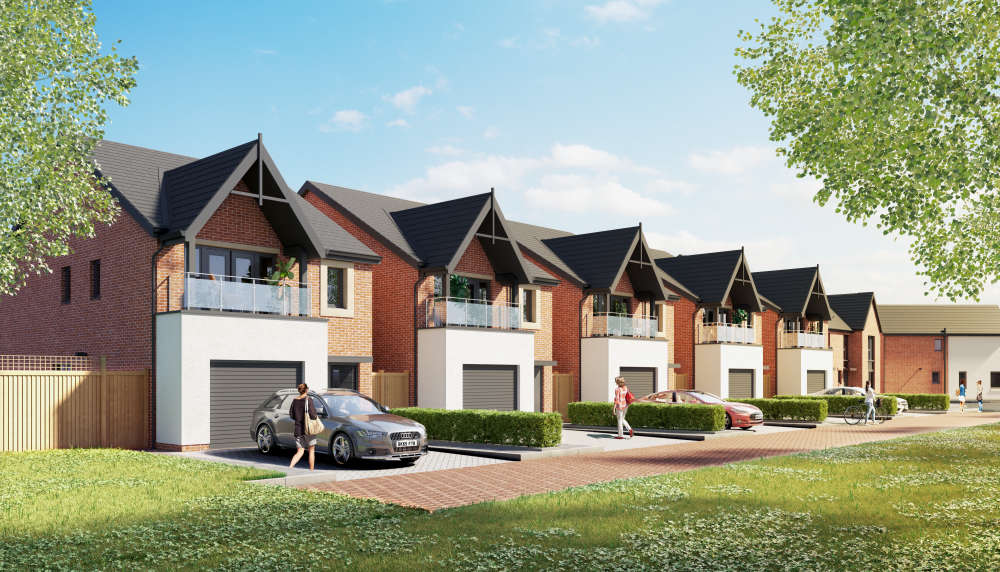 An artist's impression of the Haven Lane development in Oldham. Photo: Cube Homes.

Detailed plans for a £7 million contentious housing development in Oldham have been approved despite residents' concerns.

A planning application for 23, three and four-bedroom detached homes in Moorside had attracted 14 objections from neighbours.

That hit the council in the pocket to the tune of £35,000 after the inspector said costs should be awarded for ‘unreasonable behaviour’ by the authority.

Full planning permission was granted for the scheme at a later meeting in June 2019.

The development is being led by Cube Homes, the private sector arm of the Great Places Housing Group, who are a housing association in the north west.

A new reserved matters application was submitted this year which included changes to the approved plans.

Planning officer Graham Dickman said: “There has been a proposal to raise the levels of these properties relative to the approved scheme.

“It is elevated by about three metres.”

He explained that this was to allow for drainage to the homes and to accommodate the different levels of the land.

Part of the conditions for approval would remove permitted development rights at the properties, meaning they would have to submit planning permission for any extensions.

“What it does is it gives the council back the control to make a judgement,” Mr Dickman added.

However objector Trevor Cash, speaking against the proposal said: “The application is defective in several ways.

“The properties at the rear at Havenside Close will be significantly affected by overlooking and overshadowing due to the enormous difference in levels between the proposed houses and the rear of the existing properties.”

He added that some homes and their rear gardens would be cut off from sunlight for nearly six months of the year.

Councillor Beth Sharp, who represents St James Ward said the application had been a source of ‘distress’ to the residents around Haven Lane.

“I do want to raise objection to the way residents have been treated over the years, they do feel completely let down and pushed to one side,” she added.

But Mr Dickman said: “All the issues in relation to the principle of the development have already been approved, that includes the access to the site and the traffic calming measures.

“They are relatively spacious detached properties and the standards within they are acceptable.”

Ellie Philcox, the agent for the application, said: “Cube are experienced in delivering quality developments at the scale and nature proposed at Haven Lane.”

She added that meetings with United Utilities had led to the new reserved matters application, and added they were close to agreeing the technical details of the drainage scheme.

A majority of councillors voted to approve the application.