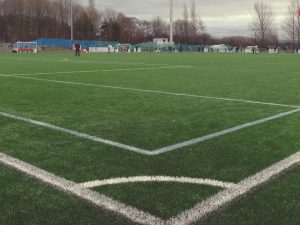 When Keighley Cougars come to the Vestacare Stadium on Sunday, June 16, they will be under the direction of a man who gave 12 years of his young life to Oldham RLFC back in Watersheddings days.

Phil Larder, now aged 74 and described by Cougars chairman Mick O'Neill as "the Sir Alex Ferguson of Rugby League" has been appointed as director of coaching at Cougar Park.

He replaces Craig Lingard and will work alongside Lingard's former assistants Rhys Lovegrove and Paul Royston.

Oldham-born Larder, a centre of the old school who regarded his main purpose in life was to create openings for his winger (in his case Mike Elliott), still scored 111 tries himself in a 12-year Watersheddings career that stretched from 1968 to 1980.

He topped the club's seasonal try list three times and as a goalkicker of some repute as well he became the most prolific "threequarter" points scorer in the history of the Oldham club.

The first three names on the Oldham team sheet -- Murphy, Elliott, Larder --- became legendary across a decade of rugby league at Watersheddings.

Winger Mike Elliott, playing outside Larder, clocked up 153 tries -- third in the club's all-time list -- and was top scorer in a season six times, a club record.

Larder, meanwhile, finished his playing career at Whitehaven and then went into coaching, serving Keighley, Widnes and Sheffield and rising to Great Britain coach.

In 1988 he wrote a book on Rugby League coaching before switching to Rugby Union and becoming England defence coach under Sir Clive Woodward in the World Cup-winning squad of 2003.

As a former PE teacher at Saddleworth School, he was largely instrumental in introducing one of his former pupils, Mike Ford (player-coach at Oldham in the early days of the re-formed club) to the 15-a-side code.

Under Larder's guidance, Keighley won the Second Division championship in 1994-5, when Cougarmania was at its height, but they were not included in the first Super League, as many believed they should have been.

Current club chairman O'Neill, who was at the club at that time, said of his decision to re-engage the veteran team boss: "He was my No 1 choice. I know how he ticks. I can work with him."

Larder is believed to have been a face in the crowd --- incognito --- when Roughyeds won 52-12 at Cougar Park, scoring nine tries in their fourth consecutive victory, in their last Betfred League 1 clash.

The return game is at the Vestacare Stadium on Sunday, June 16 --- the Roughyeds' next home game.