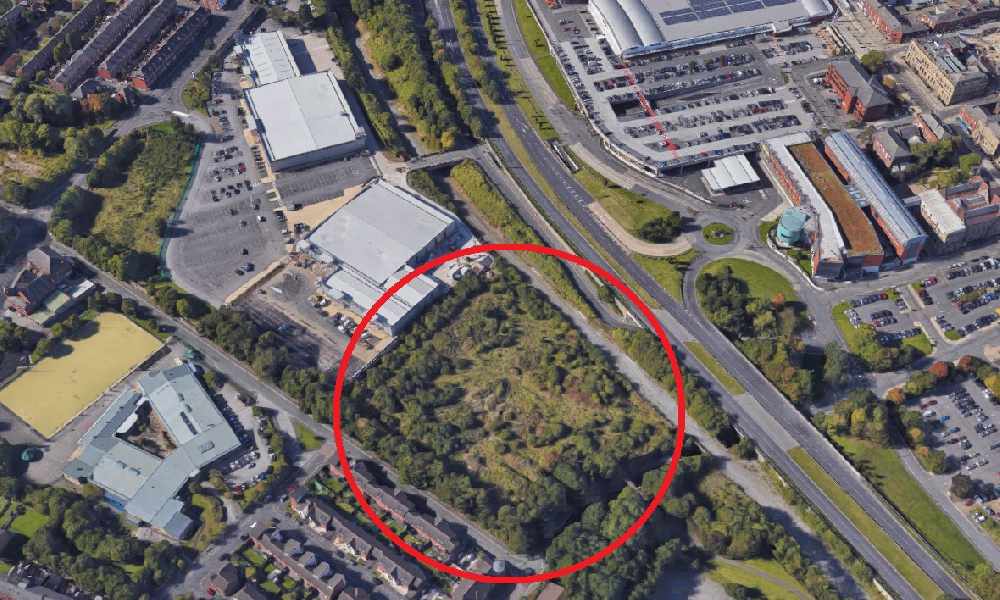 A new indoor soccer centre has been welcomed as a boost for healthy living in Oldham.

The borough’s planning committee has given the green light for three indoor football pitches to be built near the town centre.

The new building will be located next to the Alexandra Centre retail park off Park Road, and will include a meeting room, foyer and changing rooms.

Head of planning Stephen Irvine told councillors: “This site has previously been allocated for retail use however there’s no need for that retail use now on the edge of the centre.”

The land is currently overgrown and ‘not likely to have any use’, he added

“It’s sensibly located, close to the town centre, with good access into the site, it has obvious health and wellbeing benefits and it creates jobs,” Mr Irvine concluded.

Design of the building is ‘utilitarian’, made out of steel with the foyer made of brickwork.

“I’m very passionate about football as well, I play football a couple of times a week but it is difficult,” he said.

“There are a few pitches dotted about in Oldham but it is difficult to find the bookings so we on a regular basis play in Rochdale in the Soccer Factory and I notice a lot of people from Oldham are there when I’m there, sometimes two, three times a week.

“So I think it’s a bit unfortunate that we haven’t got something similar local to our town centre.

“Also I believe there is a lack of facilities for the sixth form college and Oldham college for sports facilities, so it could be ideal for daily use as well.”

Mr Mushtaq told the meeting that it would also be able to serve the multi-ethnic community around Glodwick with sporting facilities.

“During the holiday periods we would try and get kids over to the centre, charge them lower rates to get playing and hopefully be ideal for them,” he added.

“Hopefully if you could get people playing football, get them active then that would help as well.”

There would be 33 parking spaces in total, ten of which would be disabled spaces, and a cycle parking bay.

Moving that they approve the plans, Councillor Javid Iqbal said: “It’s a much needed facility.”

Coun John Hudson seconded the application, adding: “I think this is the type of thing that we need too often young people in the metropolitan borough for Oldham and I’m delighted that it’s up here.”

It was approved unanimously by councillors.