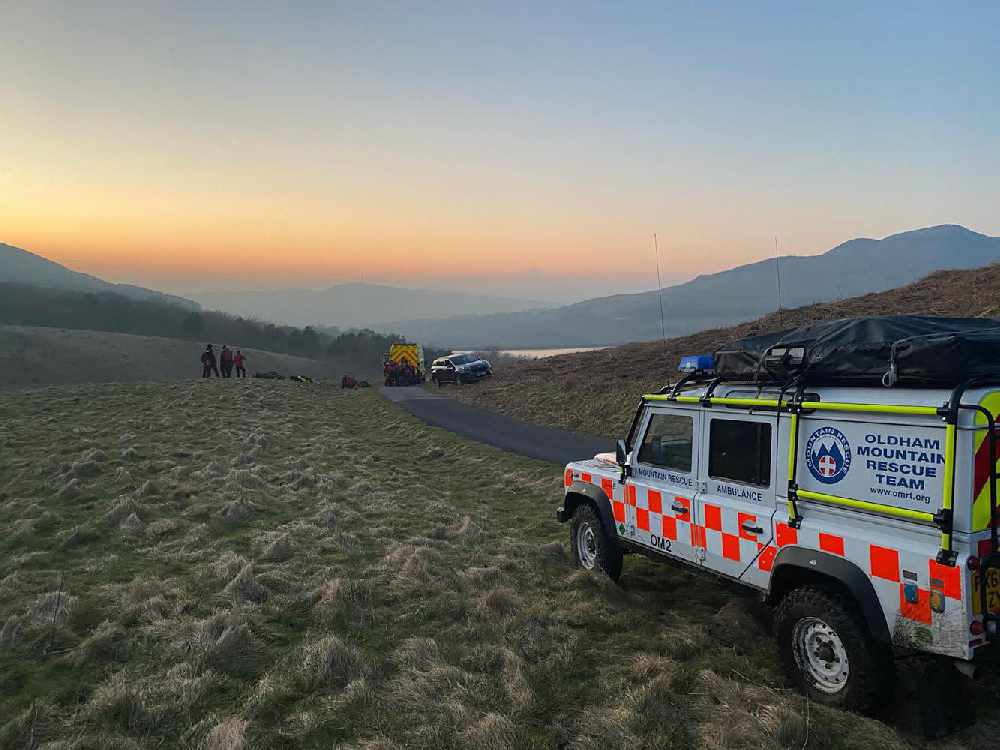 A young man who had slipped and was left "immobile" was taken to hospital after being helped by paramedics and Oldham Mountain Rescue Team members.

A spokesperson for Oldham MRT said they were called out by the North West Ambulance Service on Tuesday evening (2 March) to help the man, who had fallen in the Chew Valley area of Saddleworth.

They added: "On arrival at the scene, the casualty was assessed before being treated and then loaded onto our stretcher, before the brief carry back to the waiting ambulance for transfer to hospital."

Fifteen team members were involved for an hour.