Kershaw back and ready for action 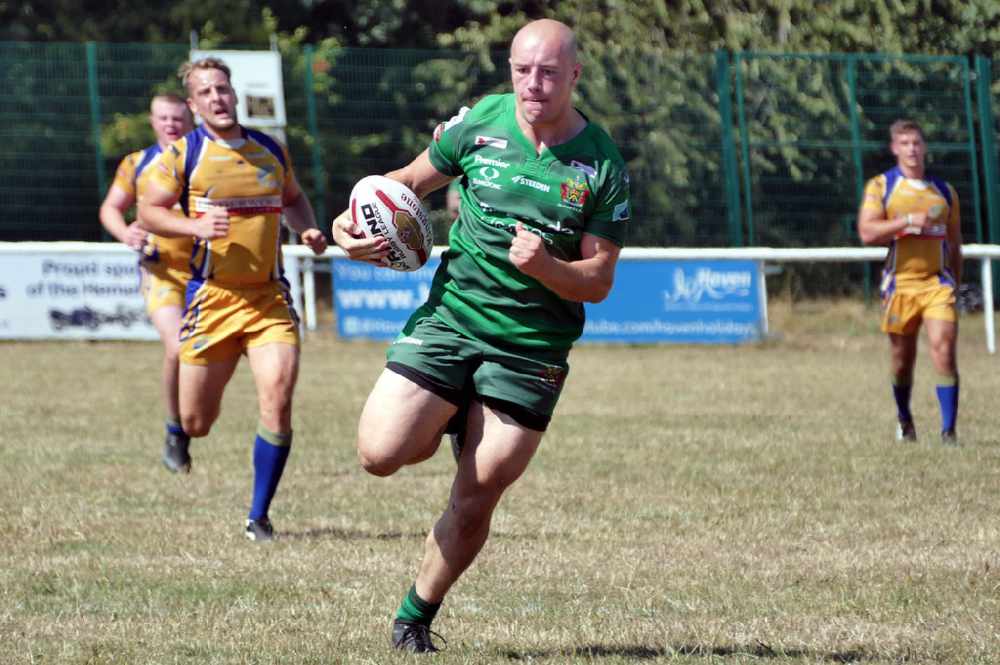 Winger Lee Kershaw is back on loan at Oldham and is expected to go straight into the side to face in-form North Wales Crusaders at the Vestacare Stadium on Sunday (3pm kick-off).

Having spent much of the season back with his parent club, Wakefield Trinity, and having played in Super League, 21-year-old Kershaw will link up again with Roughyeds at this Saturday morning's Captain's Run.

In his early-season loan appearances for Scott Naylor's men, Kershaw proved a big hit and a match-winner --- no more so than at Wrexham where his long-range interception try late in the game turned a tough contest on its head and rescued Roughyeds from a tight corner.

He was missed when injury-hit Trinity recalled him, but with six games left in Betfred League 1's regular season he will have plenty of opportunities to get the fans roaring for him again.

Interestingly, he looks like kick-starting his Oldham days against the side whose hearts he broke on a cold, wet day in Wrexham last March.

Scott Naylor's men came from well behind to snatch a 16-14 win in the last few minutes and although Kershaw's try wasn't the match-winner it was definitely the one that gave Roughyeds the impetus to set them on their way.

"It's great news to have Lee back," said Naylor.

"He was one of our best players before Trinity recalled him. His attitude towards the game, towards Oldham and towards his loan spell with us was fantastic.

"It was great to see him get a crack in Super League with Trinity and we know its only a matter of time before he'll be back there.

"But in the meantime if we can give him regular football and he can help us in the key games that are coming up we're on a winner all round."

He hopes Kershaw's capture won't be the last as Roughyeds look ahead to the last six games and a neck-and-neck push for the title and, with it, automatic promotion.

If top spot is unattainable there's lots of advantages to be had from finishing second and earning the best possible chance in the play-offs.

Added the Oldham boss: "At this time of year you can't have enough players. Every game will be like a cup tie. Last week, for example, we didn't have enough forwards for the trip to Whitehaven."

The club can confirm that, following a request,  ​Luke Nelmes has been released from his contract.