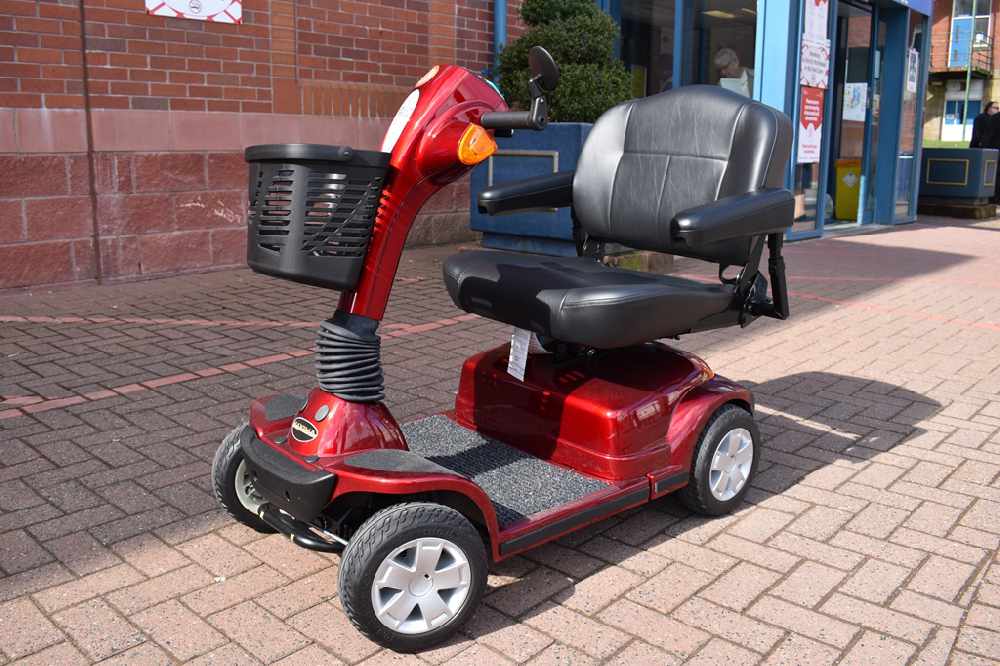 Hospital volunteers have received new scooters to help transport patients around The Royal Oldham Hospital - naming one Madge after the character from British sitcom Benidorm.

The bariatric scooters are now available for patients attending appointments at the Rochdale Road hospital - as well as Fairfield General Hospital in Bury, and Rochdale Infirmary.

The three sites are run by the Northern Care Alliance NHS Group (NCA), which is supported by NorthCare Charity.

Volunteers who run the ‘Meet and Greet’ service at Rochdale have named their scooter Madge after the sun-worshipping character from British sitcom Benidorm. Madge Harvey, played by actress Shelia Reid, became famous for transporting herself around the Spanish resort on an electric scooter during the ITV series.

The scooters, costing around £10,000 in total, were purchased by NorthCare Charity after receiving a grant from NHS Charities Together.

The money was available thanks to national fundraising throughout the pandemic, including that of the late Captain Sir Tom Moore, who passed away in February aged 100. 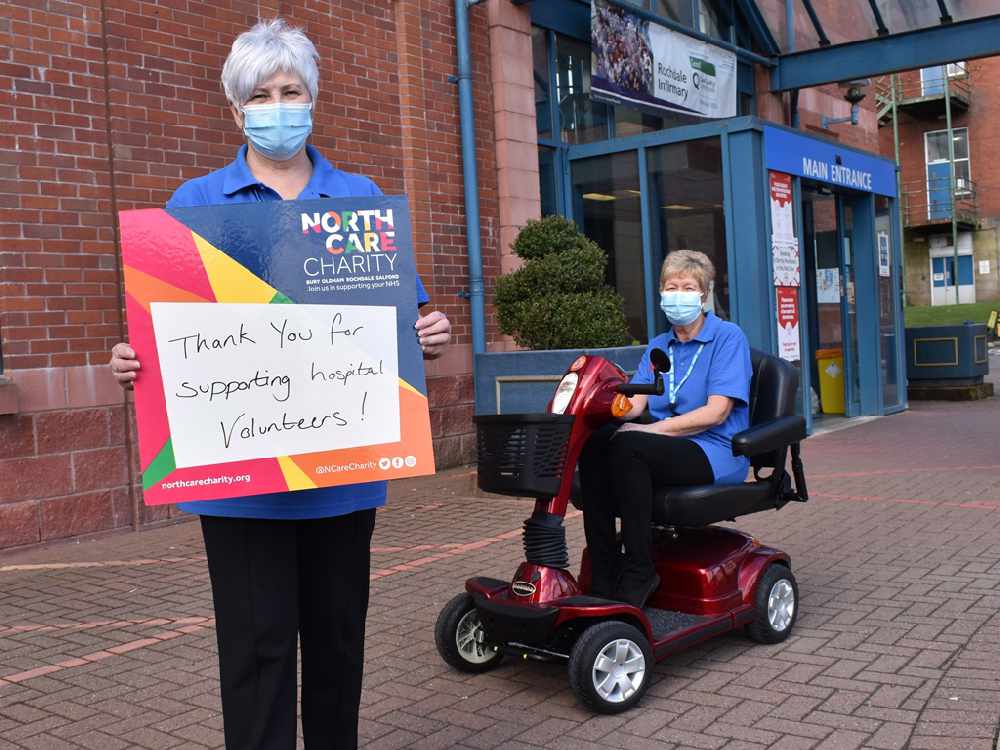 This week (1-7 June) is national Volunteers’ Week and NorthCare Charity say it is proud to regularly support the 200+ volunteers, who have been instrumental in helping keep patients safe and informed during restrictions imposed by the coronavirus pandemic.

The charity has provided volunteers with care packages as part of its commitment to support wellbeing across the NCA family. This latest donation means all of the NCA’s hospitals now have scooters to assist patients, as volunteers at Salford Royal, which is also run by the Group, already had one.

Shaun Furlong, NCA Volunteer Lead, said: “For us at Rochdale Infirmary, the support in the form of ‘Madge’ has been invaluable and instantaneous. The scooter forms the background of our newly introduced ‘Meet & Greet’ service – significantly reducing the stress patients often feel when coming to our hospital for a procedure or a clinic and at the same time increasing patients’ independence by removing the need for a wheelchair.

“Support from Northcare Charity across our hospitals and many community sites – especially during the pandemic – has been phenomenal. It means a lot to our teams.”

Shelley Owen, NorthCare Charity fundraising officer, said: “Our volunteers regularly go above and beyond to support the running of our hospitals and community services. As well as providing a friendly face for many patients, they often support NCA staff and the charity so we can deliver the best care possible. We’re pleased this latest donation supports them in their work as we thank them for everything they do.”