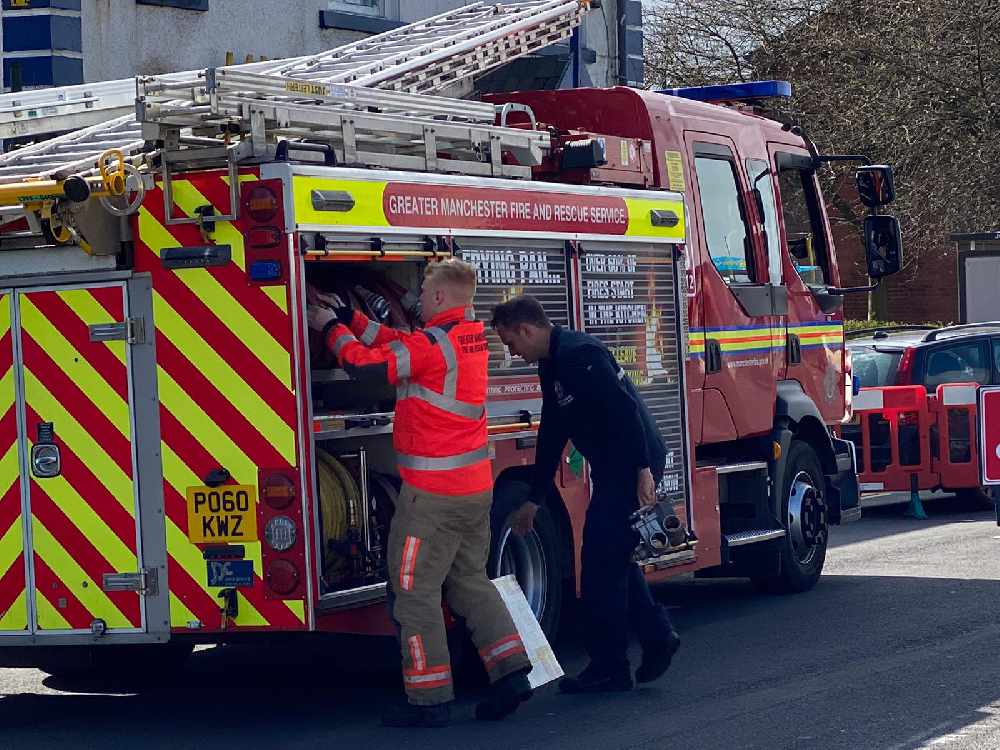 Firefighters have been battling a huge fire at a mill on Morton Street in Failsworth since the early hours of this morning (Sunday).

Crews were first called to the scene at 5.22am and at the height of the blaze eight fire engines and two aerial appliances were all in attendance.

Firefighters were tackling the 50 metre by 50 metre incident in five sectors, using jets on the ground and aerial appliances to put out the flames from above.

Electricity to a number of local properties has been affected, with some homes and businesses left without power. Those affected were asked to contact Electricity North West for more information.

Residents are also being asked to avoid the area and the A62 Oldham Road was closed in both directions between Broadway and Droylsden Road. 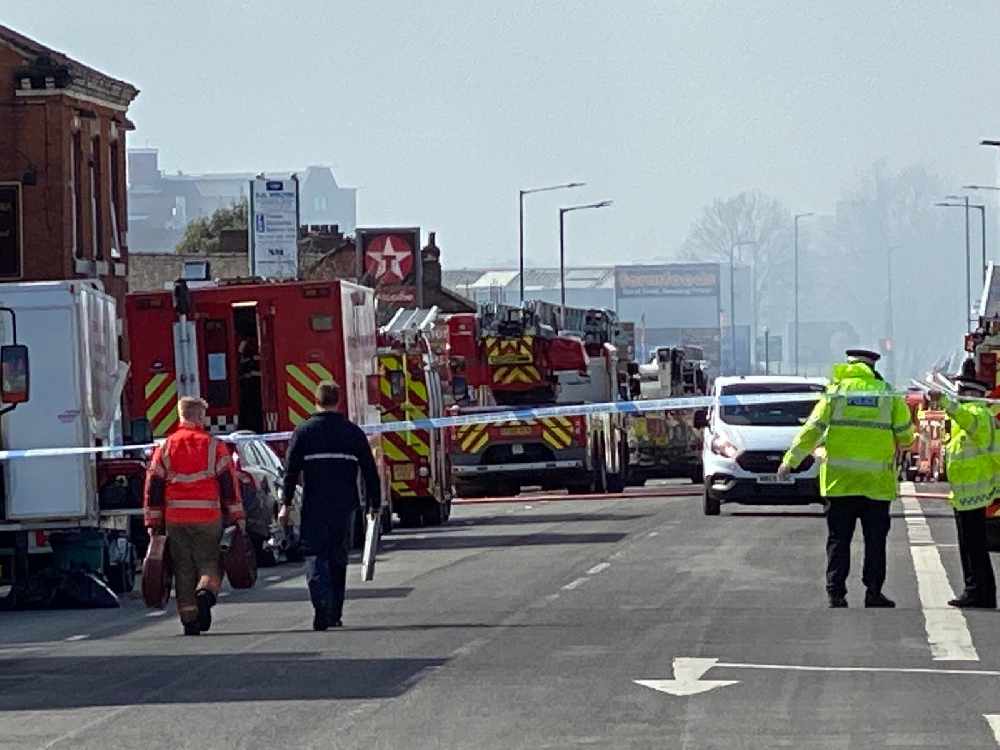 Group Manager Steve Jordan said: “I want to praise the work of our firefighters who are working extremely hard to extinguish this fire and are expected to remain at this incident for a number of hours.

“We are working closely with a number of partners and I’d also like to thank them for their hard work in supporting GMFRS.

“I want to reassure local people that although there is a lot of smoke in the area and we are asking nearby residents to keep windows and doors closed, we are continuing to do everything we can to bring this fire fully under control.”

This afternoon the incident has scaled back to four fire engines and two aerial appliances remaining at the scene.

Fresh crews have also arrived on the scene to relieve firefighters who have been working hard throughout the morning to tackle the blaze. Firefighters are now damping down the building in two sectors using the aerial appliances.

Oldham Road remained closed to traffic and Metrolink services on the Rochdale line are currently suspended. You can visit TfGM for travel updates.

A number of nearby properties are still without electricity. Engineers from Electricity North West are working hard to reinstate power as soon as possible.

WATCH: See emergency services responding in the aftermath of the mill fire in our video at the top of the page. Images and video by Nigel Wood.