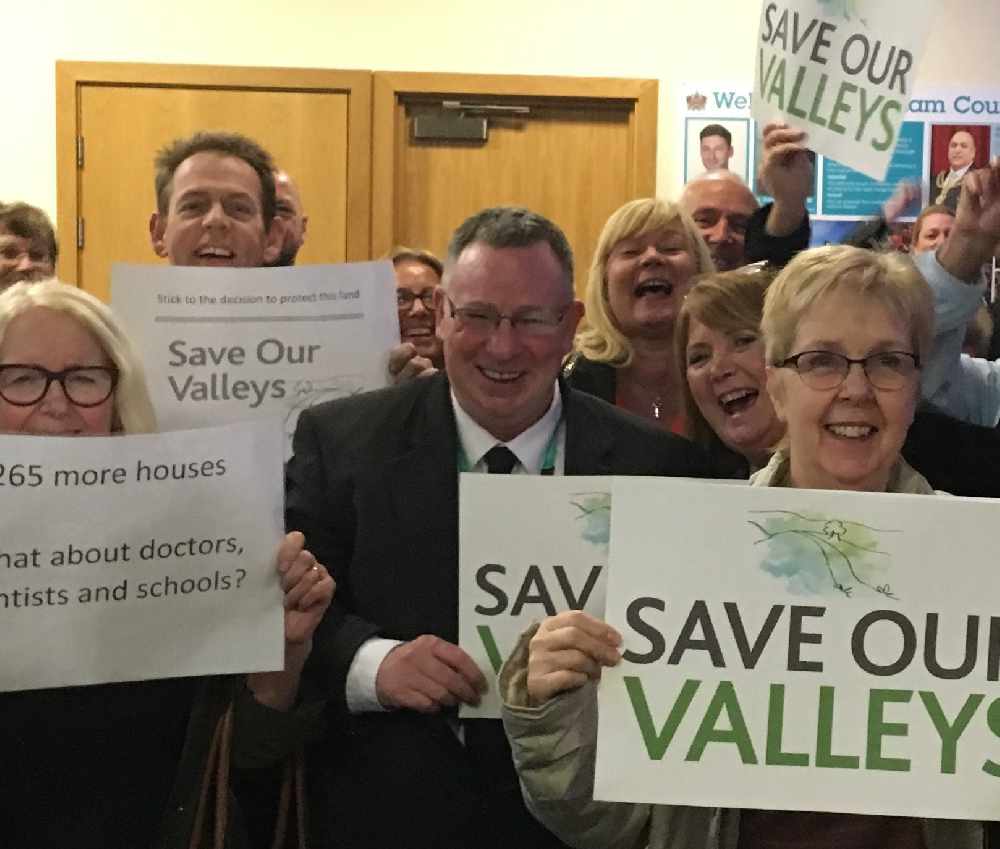 An Oldham councillor dropped as a Labour election candidate has blamed his de-selection on his prominent campaigning to protect the countryside from development.

An Oldham councillor dropped as a Labour election candidate has blamed his de-selection on his prominent campaigning to protect the countryside from development.

Stephen Hewitt, who represents Saddleworth West and Lees ward, lost a selection battle last week to be a candidate for his party in the local elections next May.

It was the second time he had been de-selected in as many months, but the decision was initially overturned in September after the regional party found there were not enough people present to vote.

Councillor Hewitt chairs the Save Our Valleys campaign which opposes the building of 265 homes on land off Knowls Lane in Springhead, and proposals for 213 dwellings on the site of the former Springhead Quarry.

He had made a complaint to the council over the way the planning committee handled the controversial Knowls Lane application, which included the building of a new link road.

Josh Charters, a Young Labour member who lives in Delph, has been chosen to stand for the seat in his place.

Coun Hewitt said: “It’s a bit of a vendetta, this was done to try and halt the pressure group to save our valleys.

“You can walk down into the valley and within 100ft you can’t hear the cars anymore, all you can hear is the birds singing and the water running – and that’s where they want to build hundreds of houses. It’s a joke.

“I am only doing what residents wanted in the ward which was stand up for the campaign and act as a voice for them, and this is the consequence if you go against the grain.

“I have got no regrets because it’s where I live.”

But he added he was getting lots of support from constituents, and joked they had started up a campaign to ‘Save our Stephen’.

On whether he would consider turning independent next May, he said he would have to think ‘long and hard’ about it.

“It’s a big decision to make, I have been in the Labour party for many years and did union activities for even longer, it’s a big thing to throw my hat in the ring and go independent,” Coun Hewitt said.

But he made clear he would not be out campaigning for the new candidate on the doorstep.

Jeremy Sutcliffe, who is chair of the Oldham Labour party local campaign forum, said: “The decision by the local Saddleworth West and Lees branch Labour party members was made by secret ballot after their shortlisted candidates had made their presentations according to Labour party rules.”

Following his selection Josh Charters said he was ‘absolutely delighted’ to have been selected as the ward candidate for the 2020 election.

“I am extremely grateful to all the members who nominated me, and I would like to thank everyone for their support,” he added.