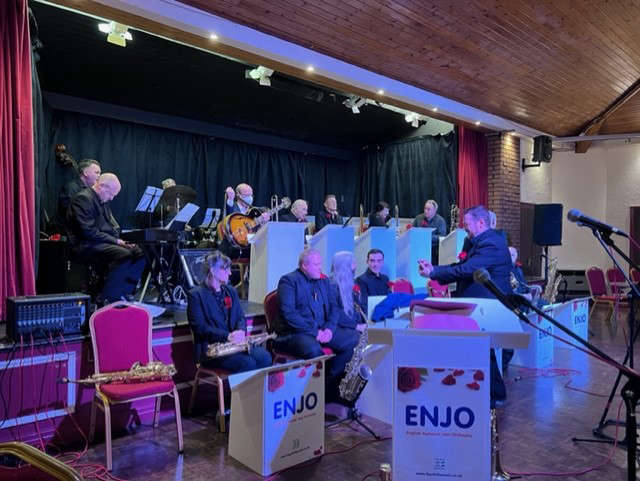 The concert - 'On Broadway' - was held at St. Herbert's Parish Centre on Broadway in Chadderton on Saturday 7 May.

The orchestra is a community-based group offering opportunities to local musicians of all ages. It is part of a wider network which supports community music events in a variety of genre mainly in the London and Saddleworth areas.

They practice regularly in Uppermill and would welcome any local musicians with an interest in jazz and swing music.

Garvin Crabtree, President of Oldham Metro Rotary Club, introducing the orchestra and welcomed the return of live music following the difficulties experienced in the recent past.

Part of the aim of promoting the concert is to showcase local talent, with any profit from the event shared by the two Rotary Clubs to be used on charitable causes throughout the coming year.

In closing Garvin thanked everyone for their support and announced the evening raised £1,200 to be split between the two Clubs.

Ian Brett, President of Saddleworth Rotary, said after the event: “It was good to be part of an event that showcased the talents of local musicians, raised money for charitable causes but also provided a great night out in a friendly welcoming atmosphere of musical memories.”