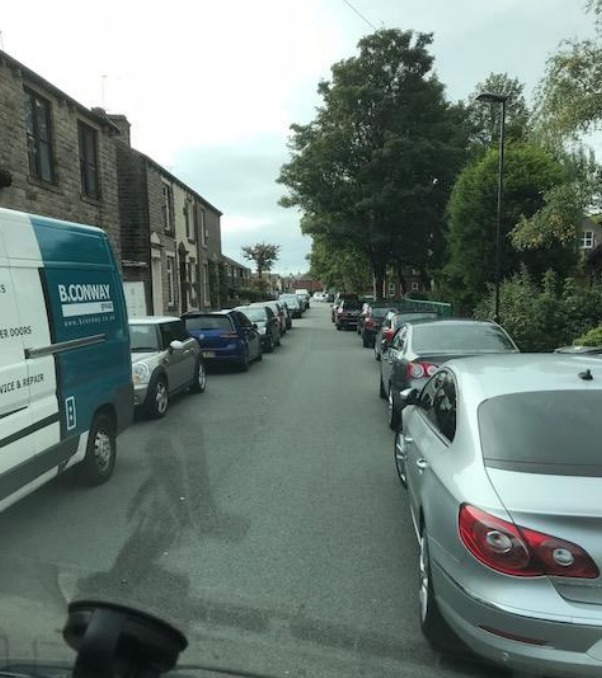 The traffic order panel have agreed changes to the regulations on roads in five areas of the borough, including the town centre, Shaw, Lees and Chadderton.

On one road, photographs show cars parked on the kerb on either side, making it difficult for larger vehicles – including ambulances – to drive down.

But the regulation is being implemented against the wishes of both the council’s own highway officers, and Greater Manchester Police.

Implementing the changes will cost the council a total of £9,600 – with more cash needed to keep them maintained on a yearly basis.

Councillors have agreed to introduce time restricted parking along part of Beal Lane in Shaw for a trial year to help people visit the local shops.

It would mean people could park for a maximum of three hours, 8am to 6pm from Monday to Friday, with no return within three hours.

It comes after a petition of 100 signatures was submitted to the council urging bosses to consider time restricted parking along Beal Lane between Jubilee Street and Cheetham Street.

GMP officers accepted that people already park along the road, but they were concerned that it would not meet the minimum road way width for two-way traffic if parking bays were formalised.

The introduction of controlled parking bays will confirm to motorists that it is ‘acceptable and safe’ to park – which it does not recommend, the report states.

GMP added they had concerns about the addition of new parking bays on a busy commuter route, as it could lead to safety issues at the mini roundabout junction, and ‘injudicious driving behaviour’.

But the ward councillors said that the measure would merely formalise what is already happening on the road.

Coun Howard Sykes stated it would hopefully move mill employees who use the road as an ‘unofficial car park’, while Coun Hazel Gloster said it would be to the ‘advantage of the community, residents and businesses’. 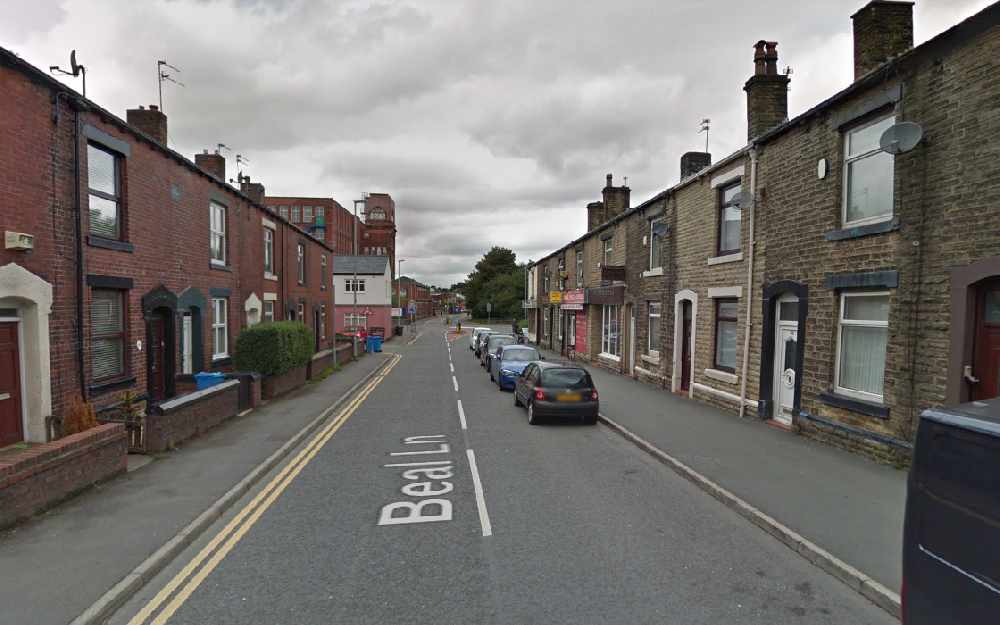 A single yellow line is to be brought in on Princess Street in Lees to alleviate ‘obstructive parking problems’ after a local business raised concerns.

The town hall is to take the measures after reports that parked vehicles were obstructing delivery vehicles trying to access Ferndale Joinery, but could also block bin services, fire engines or ambulances.

Currently there are restrictions on one side of the section of Princess Street
between Warrington Street and Stamford Street.

However there are no restrictions on the other side, and vehicles double park on the section of the highway, including in between bollards and on the foot-ways, the report states.

It is now planned to match the exiting restrictions on both sides of the road by introducing no waiting from Monday to Saturday, 8am to 6pm.

This will improve highway safety for pedestrians, and help vehicles entering the joinery, the report concludes.

Double yellow lines are also to be introduced on Denton Lane in Chadderton at the junctions of side roads to prevent ‘nuisance parking’.

The section of the road runs from the junction with Fields New Road through to Fold Green.

There are already parking bays on either side, but drivers and shoppers regularly park on the hatched road markings which ‘drastically decreases visibility when trying to enter Denton Lane’, officers say.

And the situation is exacerbated by parents and carers collecting and dropping off children at Christ Church CE Primary School.

According to the town hall, letters to residents asking them to park with ‘greater care and consideration’ have not produced an ‘appropriate response’.

The ward councillors also back the implementation of double yellow lines to tackle this, as they say the irresponsible parking has increased the risk of accidents. 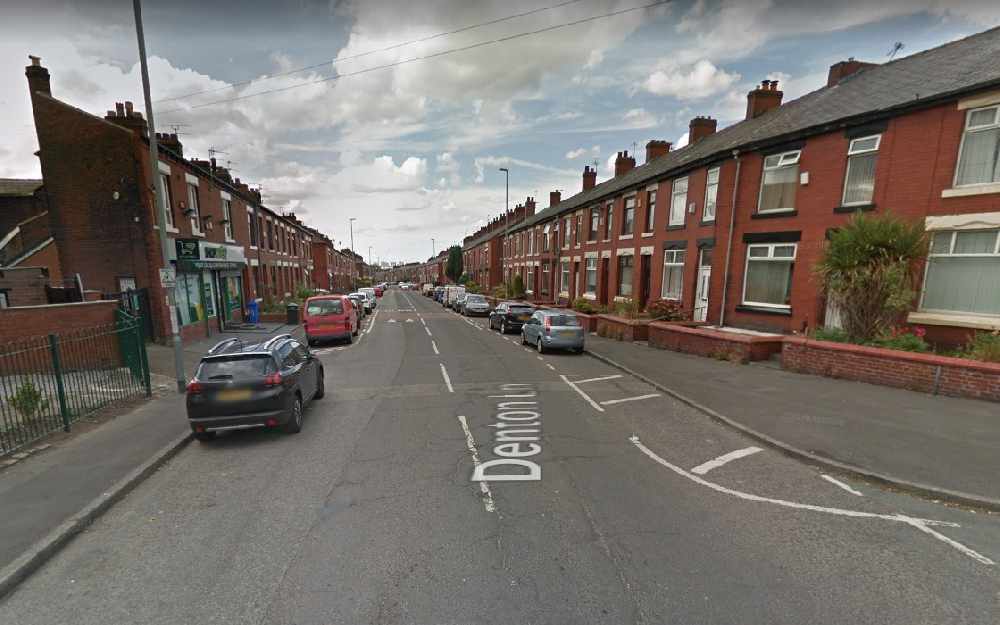 The existing restrictions on Rock Street in the town centre are to be removed, and replaced with extra disabled parking spaces and new no waiting or load at any times.

Officers say that some of the existing disabled parking bays are located too close to the junction, and are not of the correct size.

And the loading-only bay is primarily used by blue badge holders as an extra disabled parking bay and not for loading.

“Since the demolition of the former council sports centre and the creation of the new surface pay and display car park the volume of traffic using Rock Street has increased leading to congestion at the Lord Street junction,” the report states.

When vehicles are parked in both these bays it narrows the usable carriageway ‘considerably’, leading to congestion.

It’s hoped that by changing the existing system the flow of traffic will be improved, and congestion at Rock Street and Lord Street reduced.

On Robson Street, just off the town centre Union Street, to the existing waiting restrictions are to be revoked – and replaced with strengthened regulations.

New double yellow lines and limited waiting restrictions are coming in to make sure visibility is maintained.

It comes after two lengths of double yellow lines and the limited waiting on the road were ‘accidently omitted’, leaving the existing restrictions unenforceable and ‘subject to abuse’ with parked vehicles obstructing  visibility, according to officers.

Once put back in place the road will be covered by double yellows, except for a short section which is to be restricted Monday to Saturday, 8am to 6pm, limited to 30 minutes, with no return within two hours. 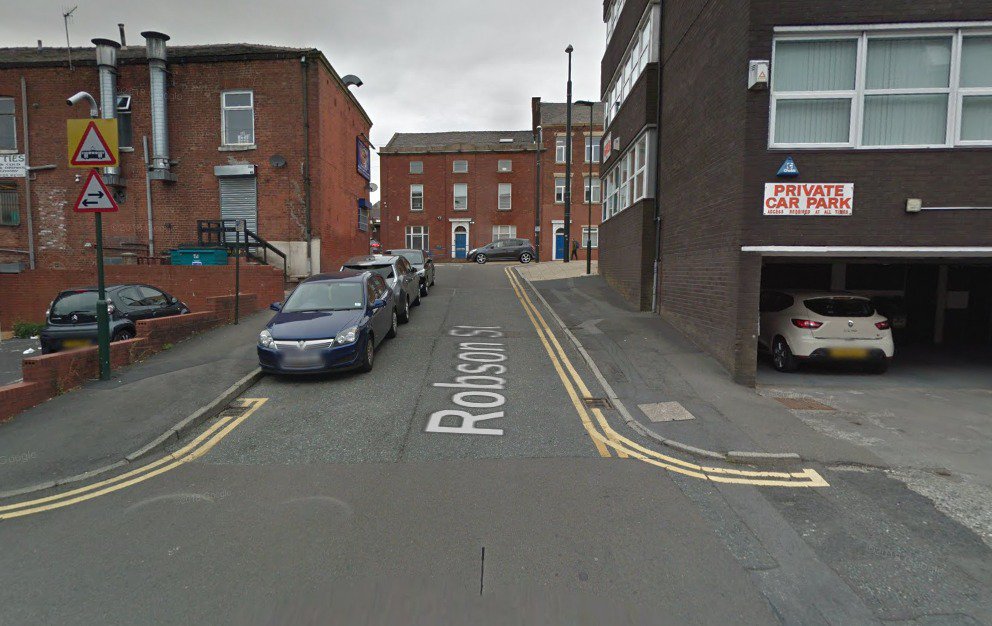