Calls to still have a Saddleworth day of music 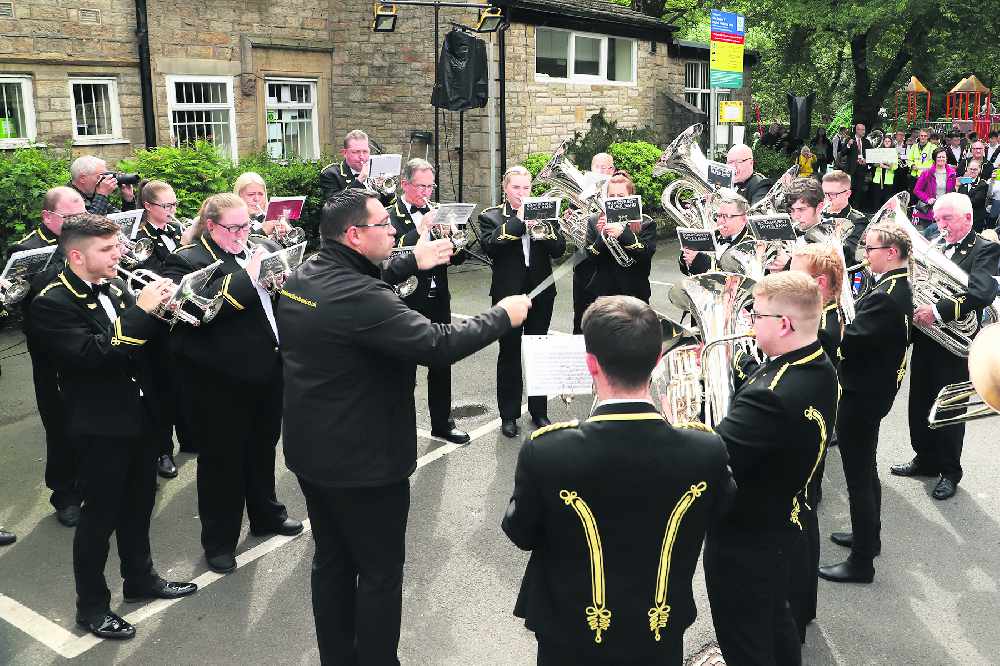 A rallying call has gone out across a community compelled to cancel its annual "greatest free show on earth" because of the coronavirus crackdown.

The event was planned for Friday, June 5, but it has been cancelled for only the second time in more than 100 years.

But Carol Oldham is calling for a 'Saddleworth Day of Music' asking people across the community to post films on social medía.

She said: "Whit Friday is one of my favourite days of the year. I heard the band contest had been unfortunately cancelled so I wanted to do something to carry on the tradition.

"So on June 5, I am calling for people across Saddleworth to post films on social media. It can be of themselves playing traditional brass or any instrument including the human voice, so long as they use the hashtag #Saddleworthdayofmusic on social media.

"We want June 5 to be a day of music and celebration and will be starting traditionally with the Whit Friday Hail Smiling Morn."

Last year, 119 bands competed for the individual contest prizes at 11 locations in Saddleworth and Oldham, as well as the overall area prizes.

The event was cancelled in 1884 and then last century during the wars, but otherwise has been a constant fixture in locals' diaries (Delph missed one in 1956 due to financial circumstances).

Robert Rogers, on behalf of the Saddleworth Area Contests, confirmed all 11 contests are cancelled.

He said: "Following much soul searching, we have reluctantly decided we must follow government guidelines and guidance from Brass Bands England and not hold the contest.

"We’ve had it in the back of our mind for a few weeks now as things have developed around the world, but particularly for the last week.

"The contests all considered what to do and the general consensus was it would be inevitable that it would be cancelled. Everybody is in the same boat.

"So we did the responsible thing and made the decision now before too much money is spent on it.

"Brass Band England has been recommending bands don’t go to any contests and they are led by Public Health England, so we have to be guided by that.

"We know this is one of the highlights of the calendar not only for local people, but also for brass bands nationally and internationally.

"But if we had tried to go ahead we could have been responsible for spreading the virus and we don’t want that.

"We also need to be responsible and think of the police so we don’t put any extra burden on them.

“We look forward to running a fantastic event on May, 28, 2021 and hope that everyone keeps safe throughout these unprecedented times."

And Cllr Jamie Curley, chair of Saddleworth parish council, said: "The spirit of Saddleworth and Whit Friday is not beaten and I have had a discussion with Greenfield contest Chairman Frank Rothwell.

"If we are able to, we will organise a musical event for Greenfield later this year to bring some of the spirit of Whit Friday back and let the sounds of brass resonate through the valley again."