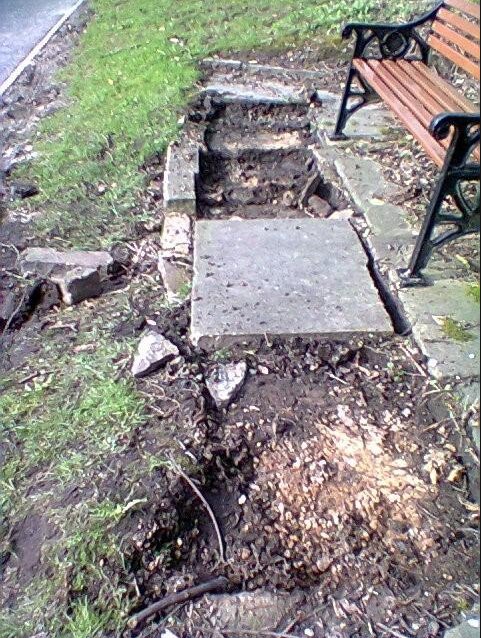 Villagers are furious over the theft of paving stones near a seat at a popular resting place.

The stones were taken in front of a bench opposite the Limekiln Café at Dobcross, bringing angry responses from locals who feared a return of thieves who stole paving stone at two churches last year.

They reported heavy duty tyre marks and evidence that a vehicle had grounded and had to be dug out at Limekiln. The raiders left their spade behind.

Last year, church leaders talked of "anger and dismay" after the thefts of paving stones from the hallowed ground at Saddleworth Parish Church of St Chad, Uppermill, and Kilngreen, Diggle.

There is no suggestion the theft at Dobcross is linked but the thieves' actions were attacked on social media.