A symbol of hope for Oldham pupils 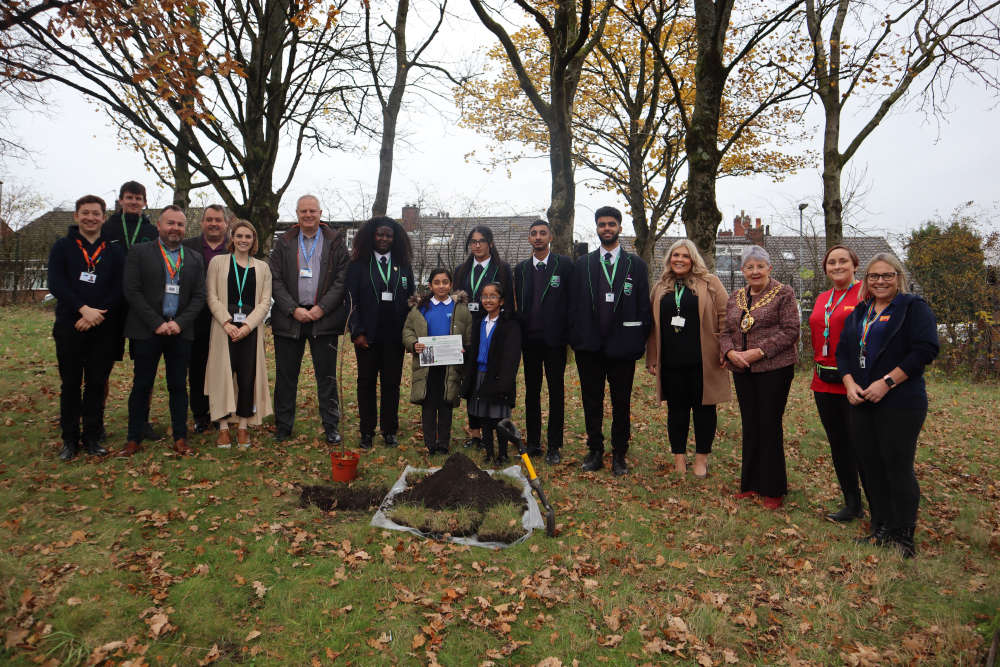 Oldham pupils have planted saplings from Hiroshima as a symbol of hope and peace.

Community members from Oasis Hub Oldham alongside staff and students from Oasis Academies Oldham, Leesbrook, and Clarksfield, joined local dignitaries to plant special saplings from Hiroshima as a symbol of hope and peace.

Four Oldham Oasis Academies are signatories of the ‘Pledge to Peace’, alongside 24 other local academies, schools and colleges in Oldham who have so far made this commitment. The Pledge to Peace was launched in the European Parliament in November 2011 to ‘promote a culture of peace across Europe’.

Richard Outram, of the Oldham Pledge to Peace Forum, said “the trees were grown by Oldham Council staff from seeds given as a gift by the Mayor of Hiroshima to the Mayor of Oldham as a fellow member of the international initiative ‘Mayors for Peace’.

“These seeds came from a gingko tree which survived the atomic bombing of Hiroshima in August 1945 and they were first planted at a special ceremony held at Alexandra Park in April 2017 by Japanese hibakusha ladies who had themselves survived that same atomic bombing.”

Marie Dillon, Principal of Oasis Academy Oldham, said: "this tree symbolises our hope for peace within the school community, within our borough and between the people of the United Kingdom and Japan.

"I know that the pupils and staff will cherish and nurture it as it grows into a mighty tree."