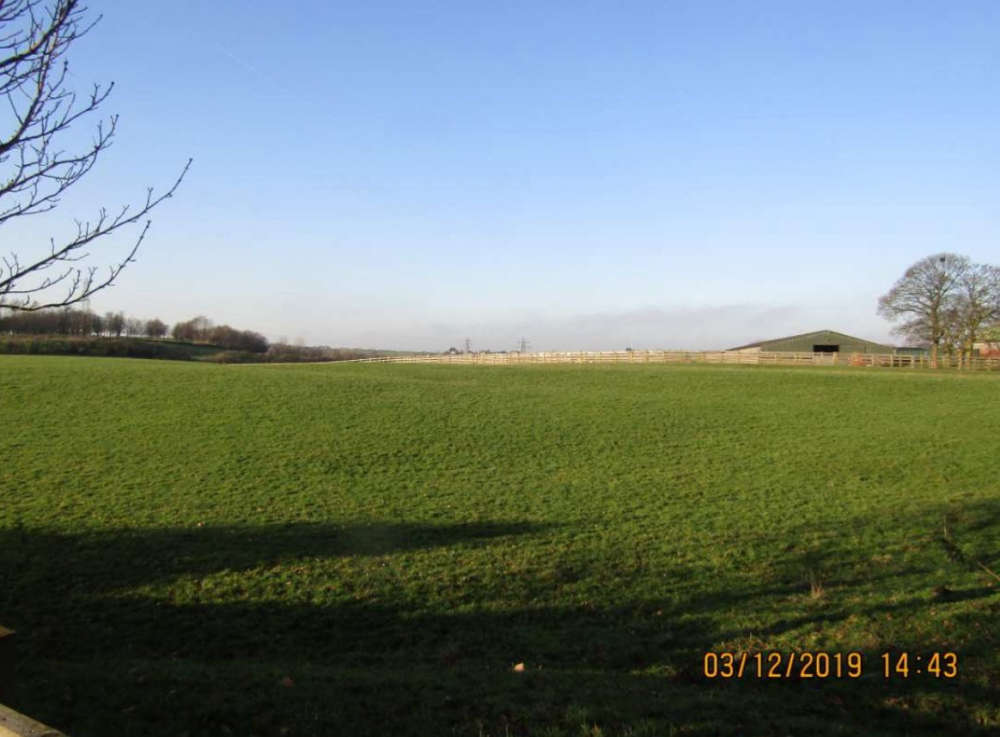 More than 200 homes have been given final permission to be built on a former abattoir site, despite councillors' criticism that the design of affordable homes is 'ugly' and 'absolutely dreadful'.

Outline planning permission for a housing development on the land off Cocker Mill Lane, which is designated ‘other protected open land’ (OPOL), was approved at the end of August 2020.

Under that permission up to 250 dwellings could have been built on the site, which was described as a ‘green lung’ for residents.

Now Oldham’s planning committee has approved detailed plans for 201 homes, allowing construction to go ahead once conditions are met.

There had been 58 objections from residents over the plans submitted by Anthony Blackwell.

Under the proposals the Cowlishaw Abattoir building would be knocked down and the site, and the green fields around it, developed into a housing estate with homes ranging from two-bed to five-bedroom properties.

There would be 21 properties delivered as affordable housing, split between social rented and ‘intermediate’ housing.

The majority of houses would be detached, although a small number of terraced homes – which would be the ones provided as affordable – are included in the plans

Crompton Councillor Diane Williamson raised concerns that the design of the affordable houses were ‘very distinct’.

“It makes me wonder why they’re being built like that, they just look like council houses rather than part of that estate,” she said.

“I think that will be an issue on here that they will know where these people live because they are so distinct from any other property on there.”

Fellow Lib Dem Coun Hazel Gloster added: “There’s no render on those properties, they do look a lesser attractive property.

“I’m sorry but that’s not a 2022 property being built, in comparison to the others which look really pretty, they look absolutely dreadful.” 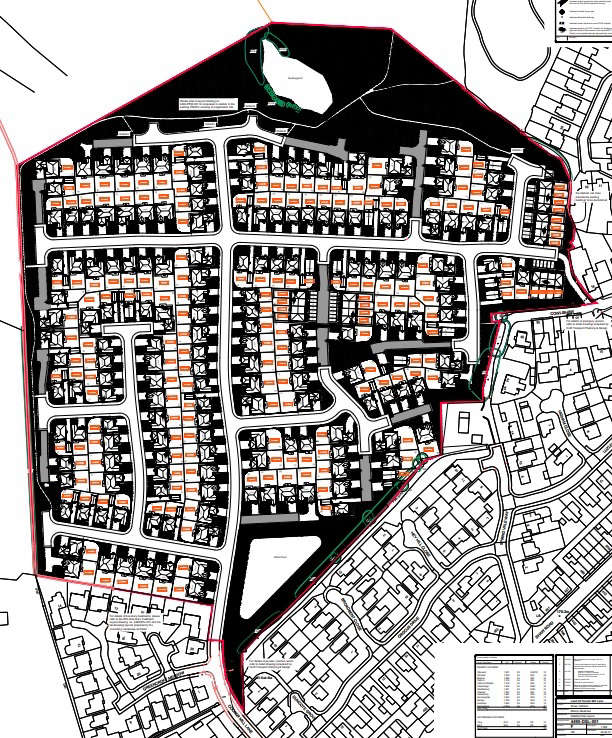 The layout of the 201 home estate in Cowlishaw, Shaw. Photo: Redrow.

Case officer Stephen Gill said that there was a need for two and three-bedroom affordable properties which were being met by the development.

“In planning terms they are not unacceptable in terms of appearance but I take on board with what you’re saying in terms of the position on the site,” he said.

“We actually had discussions with the developer around sort of further pepper-potting the affordable round the site.

“But at the end of the day a registered provider will come on and they do like to have the properties as close together as they possibly can for management reasons.”

He added: “They are standard house types, they have not been designed individually specifically for this scheme but I take your point on board.”

Speaking on behalf of the applicant, agent Sam Ryan said: “All of the new homes that are proposed are from Redrow’s heritage range of complimentary house types.

“Redrow has received interest from a number of registered providers and anticipates entering into an agreement with one of them to deliver and manage those homes.

“I think if my client was sat here they would be very offended by the fact that they are considered to be ugly properties.”

How the affordable dwellings will look on the new Cowlishaw estate. Photo: Redrow.

There would be public open space provided in the northern part of the site and ‘extensive’ tree planting, according to planning officer Mr Gill.

He said 60 trees in total would be felled to accommodate the development and 279 would be replanted.

According to the plans, the majority of homes would have space for two cars.

Neil Hardiker, speaking on behalf of objectors, said they still had ‘very real concerns’ about the impact of the development on ‘what is already a difficult junction to navigate’ and increase traffic on Cocker Mill Lane ‘tenfold’.

He told councillors that lack of visibility meant that drivers had to take a ‘leap of faith’ when joining Shaw Road.

“I’ve been involved in an accident when I was a passenger in a vehicle where we were trying to creep out because we couldn’t see well, and a car came along and took off the front of the vehicle which we were travelling in,” he said.

“Near misses are a routine happening because people simply can’t see. The current road markings are completely ignored by 90 plus pc of motorists.”

Coun Dave Murphy also spoke against the plans, saying: “The highways improvement works proposed are not enough to protect road users at the junction between Shaw Road and Cocker Mill Lane and this is likely to increase the level of accidents.

“The junction has been described as like playing a game of Russian roulette and taking chances.”

Ms Ryan told councillors there would be improvements made to the junction with Shaw Road, including additional road markings and slow warnings.

Highways officer Wendy Moorhouse said she would ‘love to signalise that junction, but we simply can’t’.

“We carried out an investigation and it really isn’t possible,” she added.

The application was approved by a majority of councillors, with seven voting for, and four voting against.