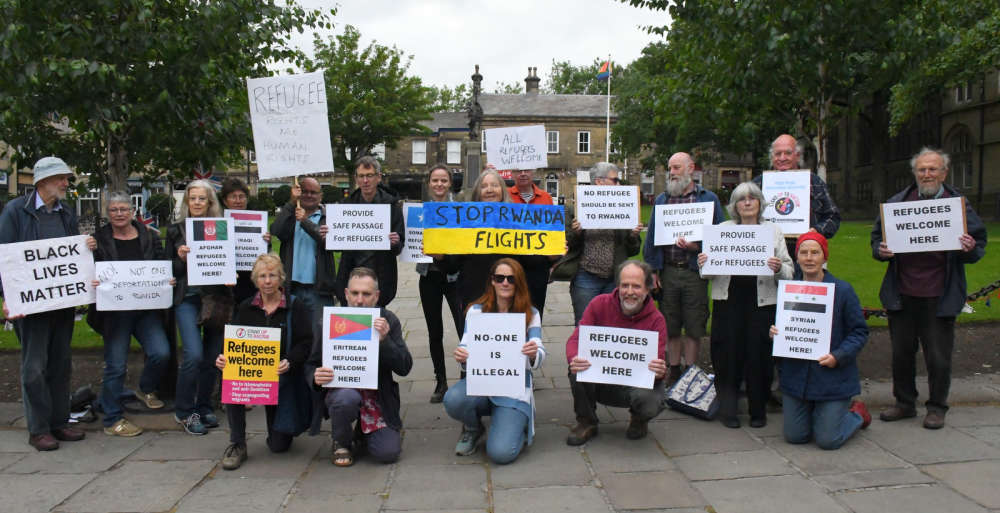 Members of High Peak Stand Up to Racism held a 'protest' on Monday evening (13 June) against the deportation of refugees to Rwanda.

The group said they received support from many passers-by when they lined up on High Street West in Glossop, near Norfolk Square, displaying placards in support of refugees.

Appeal court judges ruled on Monday that the government's first flight taking asylum seekers on a 4,000-mile journey to Rwanda can go ahead on Tuesday. It supports a previous decision by the High Court that it was in the "public interest" for the government to carry out its policies.

Under the scheme, some of those entering the UK illegally will be flown to Rwanda to apply for asylum there.

Campaigners were trying to stop the flight before a full hearing on whether the policy is lawful next month.

Linda Walker, High Peak Stand Up to Racism co-ordinator, said: "Prince Charles says this plan is appalling, the Archbishop of Canterbury thinks it is against the nature of God and the United Nations High Commissioner for Refugees (UNHCR) consider it unlawful.

"But the government still plan to go ahead, wasting money and carbon emissions on a long distance flight for a large aircraft, taking just seven distressed people to a future which terrifies them."