Plans for new A6 roundabout in Buxton 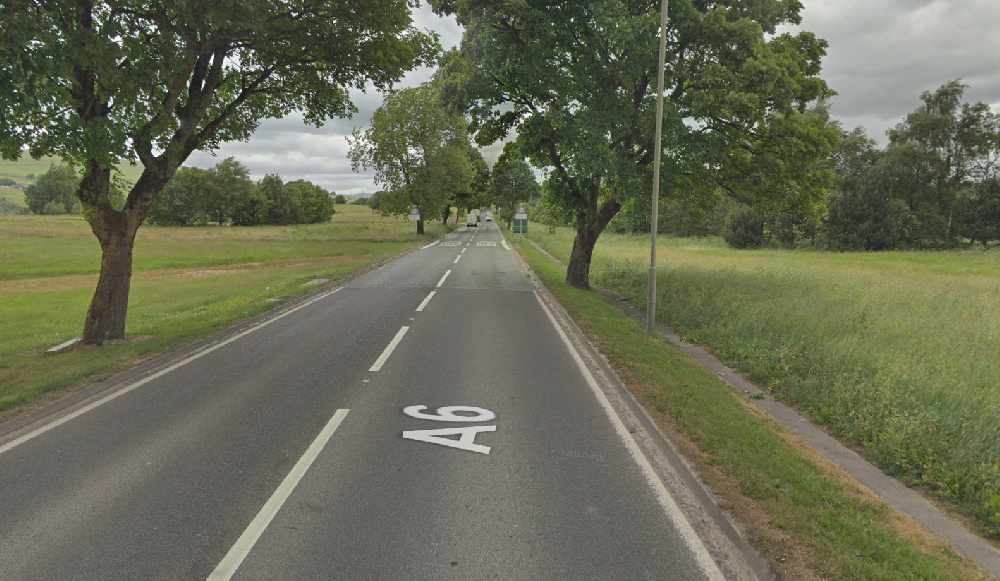 A new roundabout could be built on the A6 through Derbyshire to pave the way for nearly 700 houses, redirect troublesome HGVs and quash notorious traffic issues.

The application, submitted by Derbyshire County Council to itself, would see a new four-arm 40-metre roundabout built on the A6 in Buxton – at a cost of £3 million.

Traffic along Fairfield Road and past the golf course frequently brings the town’s main through-route for a standstill.

It would, if approved, open up land for two housing sites, totalling nearly 500 homes north of the town and also business space expansion at the Tongue Lane Industrial Estate.

As it stands, HGVs currently trundle off the A6 down narrow residential roads to get to the industrial estate.

The council says this “has numerous health and safety implications for the local residents and has a negative impact on local noise levels and the local air quality”.

In planning documents, the council says that up to 139 houses could be built on fields west of Tongue Lane in Fairfield, the industrial estate could get a five-acre extension to create more jobs, a further 330 homes have historically been approved at Waterswallows Farm in Fairfield – to the east of the A6 – and there is another housing site at Hogshaw, west of the A6. 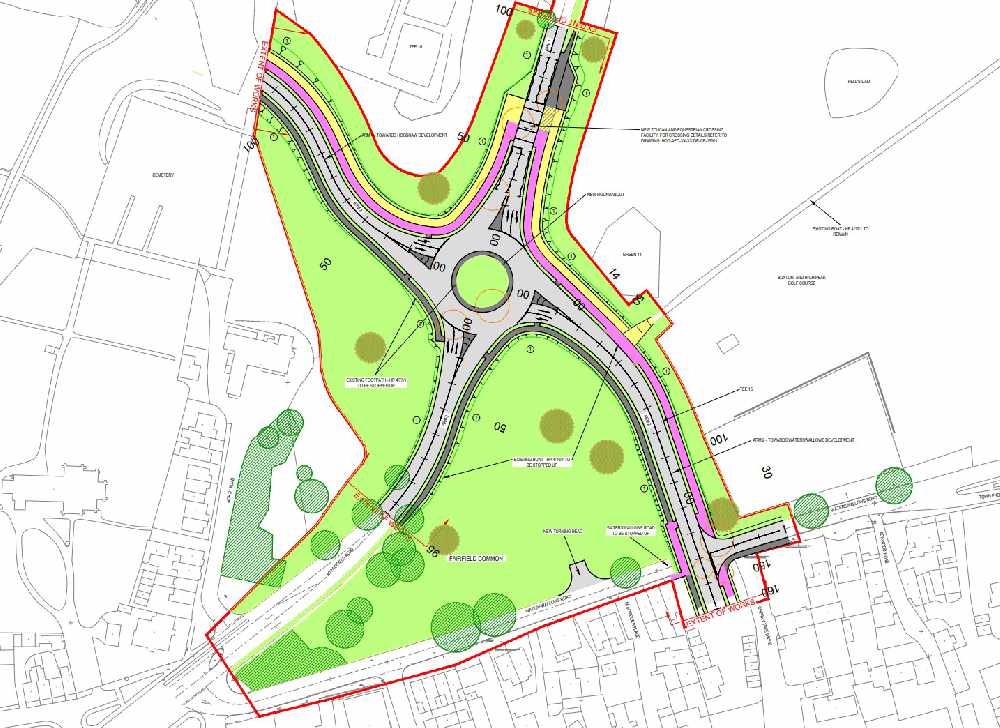 An artist's impression of the proposed roundabout. Image from AECOM.

Previous “Waterswallows Farm” plans from Birch Homes were approved in 2002 but have since lapsed.

Further documents filed by the county council provide more information about the number of homes planned in the area – listing 252 at Hogshaw, 330 at Waterswallows and 83 in Granby Road – the west of Tongue Lane site.

Development of these sites requires infrastructure improvement to stem the increase in traffic from the new schemes and provide proper and sustainable access routes.

The council also sees it as a chance to solve traffic woes for the top of the town and those travelling in and out of Buxton.

A key part of the scheme would see Waterswallows Road “stopped up”, effectively creating a cul-de-sac.

Waterswallows Road is known as a rat-run for those dodging traffic on the A6 or driving recklessly.

It has been the scene of several accidents and is also a common route for those heading to the town’s waste tip.

The “stopping up” of Waterswallows would be caused by an arm of the new roundabout being built from the A6 across what is currently part of Fairfield Common, over land which forms one of the golf course’s holes.

A new pedestrian crossing would also be installed north of the proposed roundabout. 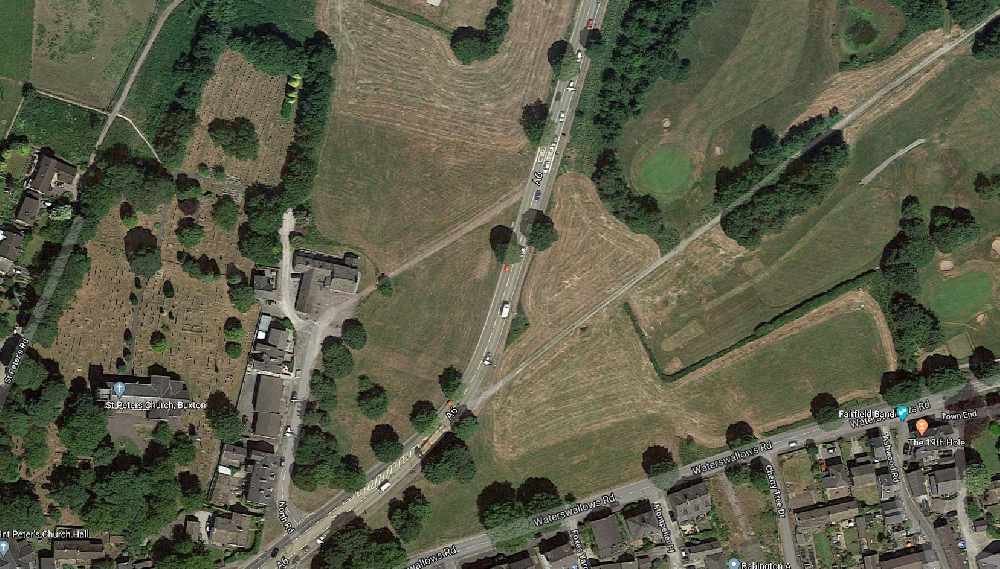 An aerial view of the proposed site in Buxton.

The change in speed limits from 30mph to 50mph heading out of Buxton over Fairfield Common would be moved 160 metres ahead of the new pedestrian crossing.

A western arm of the roundabout would thread a gap between the St Peter’s Church Cemetery and a 4×4 company to free up fields and a wooded area which could become home to 252 houses, alongside the railway.

Papers submitted with the application say that High Peak Borough Council supports the principle of the proposal, due to being a “long-standing aspiration of the council, having been included within the borough’s local plans since 1998 and having gained planning consent previously”.

Government-backed housing organisation Homes England is providing two-thirds of the £3m total cost of the project, with the remainder being met by developers.

The county council’s planning committee will make a decision on the application later this year.

The A6 over Fairfield Common in Buxton.