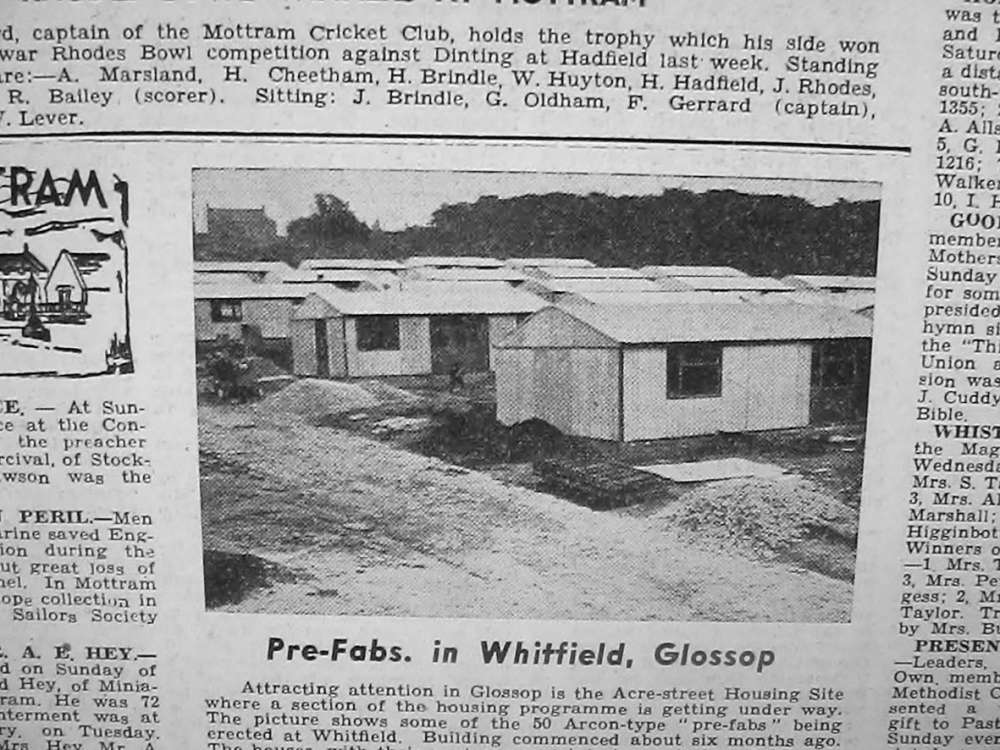 A young couple proudly showed a Chronicle reporter around their new home and announced that they were the ‘happiest’ people in Glossop’.

A young couple proudly showed a Chronicle reporter around their new home and announced that they were the ‘happiest’ people in Glossop’.

It was a month before Christmas in 1946 and Mr and Mrs W Wood and their two young children had just moved into 28 The Acre.

It wasn’t the usual stone built, slate roofed and, in their case, over-crowded home in Charlestown Road they had moved from.

It was one of the thousands of  pre-fabricated bungalows which councils had been building all over the country to house families following the Second World War.

Glossop Town Council had so far erected 50 of them and by the end of the year families living in sub-standard, back-to-back houses with no sanitation or electricity would be moving in.

For the first time they would be living in a home that had a bathroom and toilet, a fridge, cooker, and power points for appliances such as vacuum cleaners and irons.

Mrs Wood who came from Londonderry, told the Chronicle: “I have never seen anything like this in Ireland, I think we are going to be happy here.”

Equally delighted was her husband and he had a special reason to be pleased.

An electrician with five years war service with the RAF, he was one of the team that was putting up the ‘pre-fabs’.

The council was proud of what it had achieved and opened a show house so prospective tenants could see what they would be moving into.

It even arranged for an ‘expert’  to explain ‘the workings of electrical kitchen appliances’.

The pre-fabs were only supposed to be temporary, but they were there for up to 30 years and thousands of people were certainly glad of them.